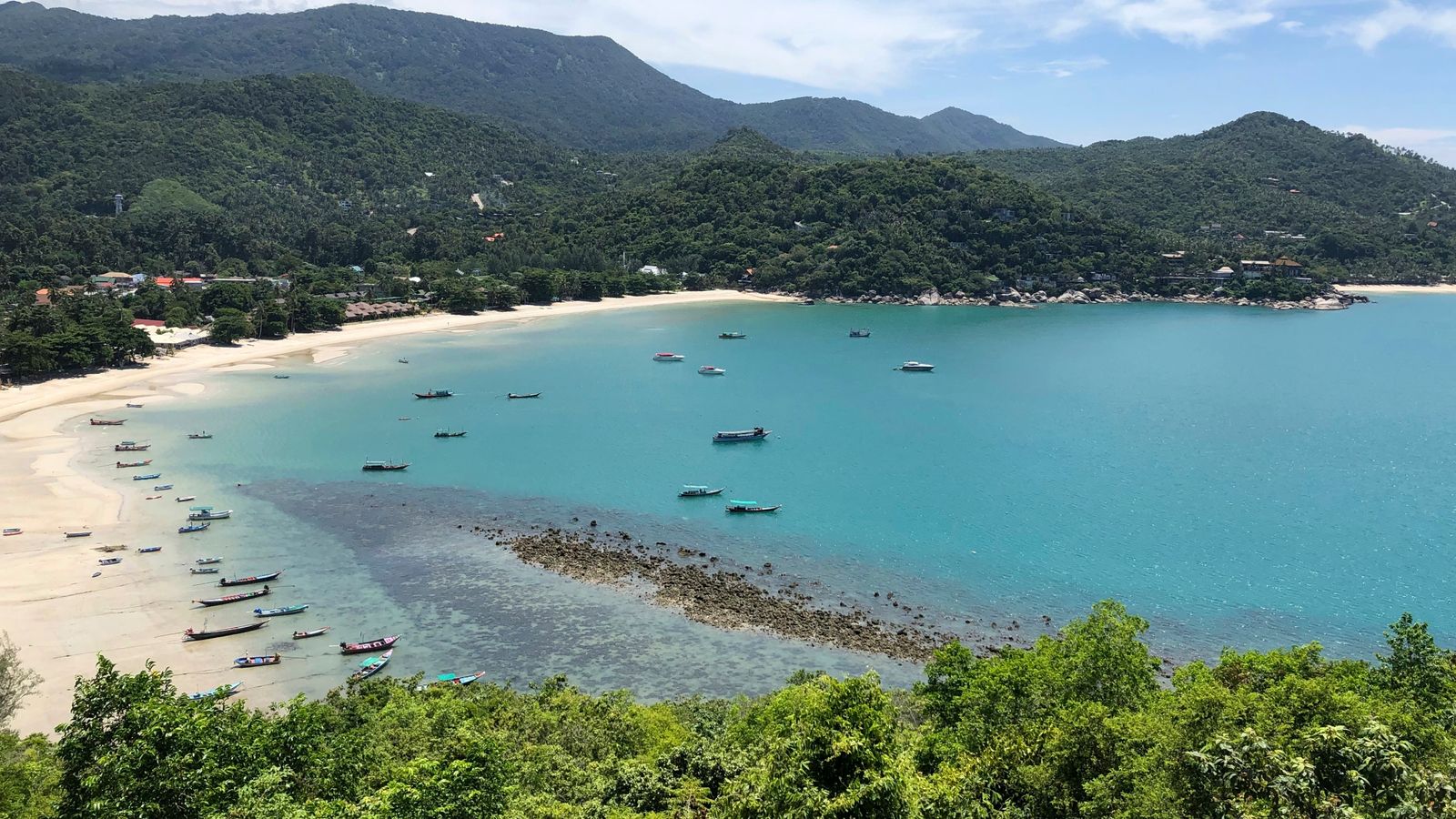 Six Britons have been arrested after Thai police raided a party at a bar – in an operation targeting suspected COVID rule-breakers.

The incident happened on Tuesday night local time, with 89 foreigners detained along with 22 Thais.

Police raided the Three Sixty Bar on Koh Phangan island in the south of Thailand, according to colonel Suparerk Pankosol, who is superintendent of the provincial immigration office.

Col Pankosol said the gathering was illegal under a national state of emergency declared last March to combat the coronavirus.

He said his team had tracked the party after tickets were advertised online for 100 baht (£2.43).

Among the foreigners arrested were six people from the UK, 10 Americans and 19 French, as well as groups from 16 other nationalities.

In amidst the locals detained were the owner of the bar and a person who sold drinks there, according to Colonel Pankosol.

Photos from inside the party show revellers, mostly wearing masks, in a low ceilinged room with graffiti and plant decorations.

Sky News has been told that 20-30 of the 89 foreigners arrested were still in police cells as of Wednesday evening UK time, as they had not posted bail.

All 111 people detained in the raid were due to appear in court on Thursday, facing charges of breaking regulations put in place to prevent the spread of the virus.

Koh Phangan is known as a popular destination for backpackers travelling in the region.

Most of the non-Thais who were arrested were on tourist visas but had stayed in the country due to the pandemic.

Tourists have been banned from entering Thailand since April 2020.

Nationally there have been 15,465 cases of the virus – with only 29 of those in the Surat Thani region where the party was being held.

However 11 of those 29 COVID-19 cases were discovered within the last month.

The penalty for violating the state of emergency in Thailand is up to two years imprisonment and a fine of up to 40,000 baht (£972).

Iceberg size of Bedfordshire breaks off from Antarctica