Smash-and-grab robber jailed after public pinned him down

A robber who was pinned down by members of the public after smashing into a shop with a stolen car and stealing jewellery has been jailed.

Ben Wegener, of no fixed address, was sentenced to 10 years in prison after he and two accomplices robbed a jewellery shop in Shepherd’s Bush, west London, on 25 October last year.

The trio drove a stolen black Range Rover through the front of the e-Smart Money foreign exchange, which was linked internally to Sultan Jewellers, at about 5.20pm, smashing the windows and narrowly missing the people inside. 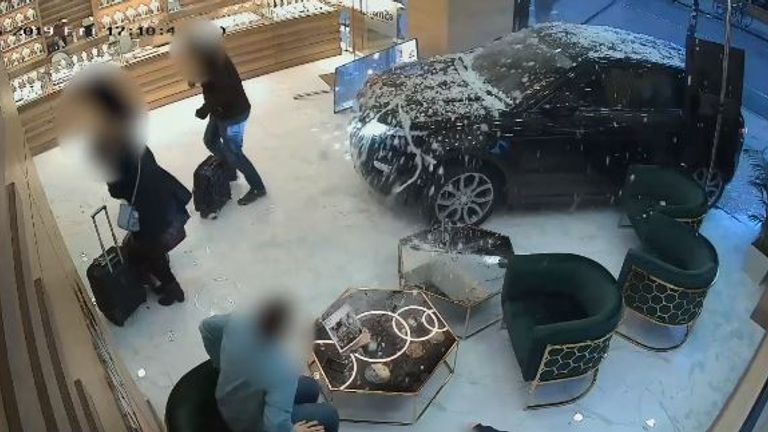 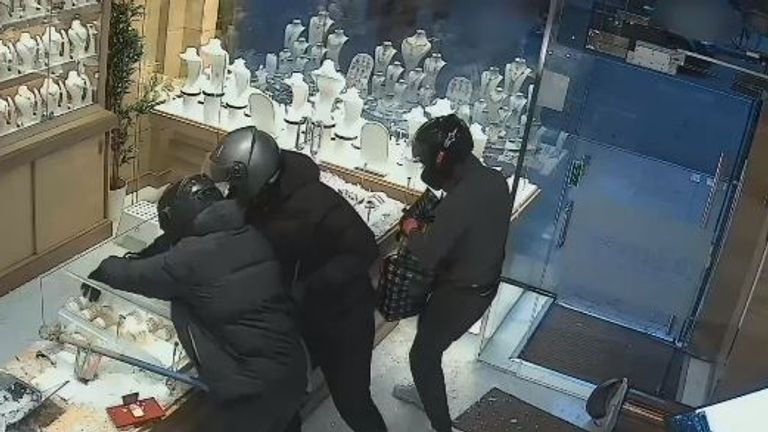 Image: The three robbers smashed glass cases and grabbed jewellery from them

CCTV footage shows the car crashing through the window as the robbers then get out of the car wearing crash helmets before using sledgehammers and a hammer to smash the glass display cases in Sultan Jewellers before stuffing jewellery into bags.

A large crowd had gathered outside and as the robbers attempted to flee, members of the public chased them and managed to tackle Wegener to the ground then held him down until police arrived a few minutes later.

Footage taken by onlookers at the time showed Wegener being punched and kicked.

The other two escaped but Wegener was arrested and charged with robbery, dangerous driving, possession of an offensive weapon, criminal damage and receiving stolen goods.

He pleaded guilty to all the offences in late November ahead of his sentencing on Thursday at Isleworth Crown Court.

Police recovered the Range Rover, which was displaying false number plates, and found it had been stolen from Wandsworth, south London, earlier that month. 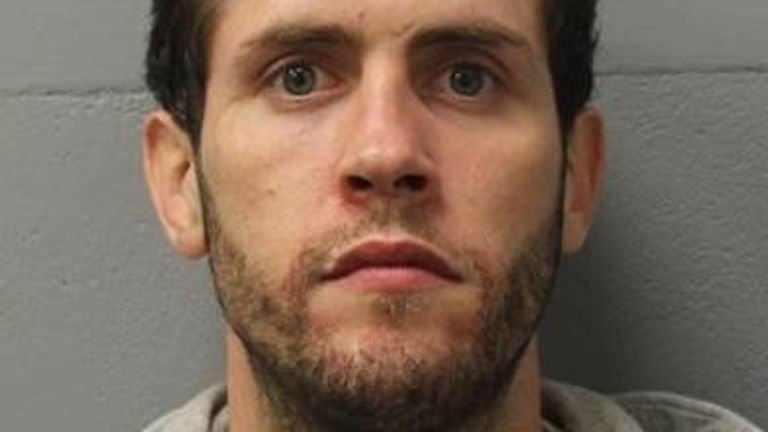 Image: Ben Wegener, 34, was jailed for 10 years for the smash-and-grab on a Shepherd’s Bush jeweller store

Detective Constable Sam Weller, of the Central West Robbery Squad, called the robbery “reckless” and said it was “sheer luck” no one was seriously injured.

“The raid was thwarted by members of the public who chased down and held Wegener as he tried to escape,” he added.

“This was a terrifying incident for the victims and everyone who witnessed it unfold, and Wegener will now spend a significant period of time in jail.”

Anyone with information about Wegener’s two accomplices is asked to call police on 101, contact via Twitter @MetCC quoting CAD 5782/25 Oct or call Crimestoppers anonymously on 0800 555 111 or online.