Carlos Santana and Rob Thomas have reunited on their first track together in 22 years.

The Santana and Matchbox Twenty frontmen, respectively, last teamed up on the three-time Grammy-winning mega-hit ‘Smooth’ in 1999.

And the pair are back with their new duet, ‘Move’, which is taken from Santana’s upcoming LP ‘Blessings And Miracles’.

Mexican-American guitarist and songwriter Carlos, 74, says he knew instantly that the 49-year-old singer was destined to be on the track and admitted the pair have a “splendiferous sound”.

He said: “‘Move’ came about was very much like how ‘Smooth’ happened. It was like divine intelligence behind the scenes.

“I just knew I had to record it with Rob.

“The song is about awakening your molecules. Ignite and activate yourself – you know, move. When Rob and I work together, we have a sound that’s splendiferous.”

Carlos – who is still yet to meet some of the collaborators as the record was made remotely amid the coronavirus pandemic – believes the artists he works with are chosen by a higher power.

“But, of course, I’m honoured to work with such incredible artists. I’m a surfer riding those waves that become songs by different artists, creators and architects. I’m very fortunate that I have the opportunity to do that. It’s a gift I don’t take for granted.” 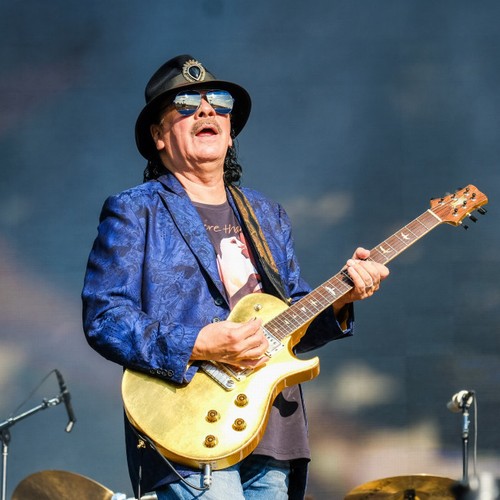