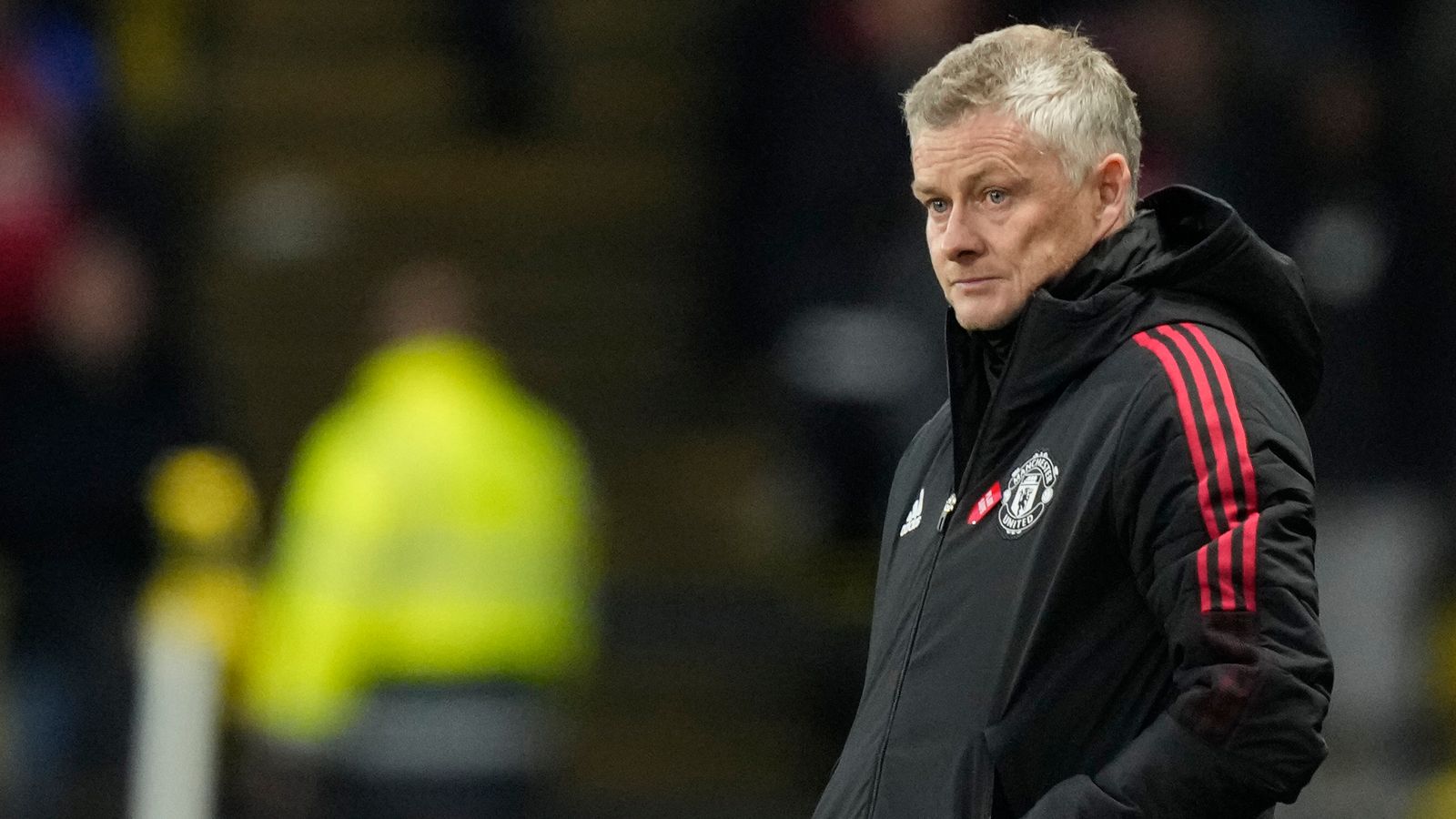 The “difficult decision” was taken “with regret”, the club said.

The former striker will “always be a legend” at Old Trafford, it added.

The 48-year-old’s departure follows a run of disappointing results for the club, the latest being a 4-1 thrashing at newly promoted Watford last night.

It was United‘s fifth defeat in 12 games this season and leaves them in 6th place, 12 points behind leaders Chelsea.

The Norwegian has won no trophies during his three years as manager at Old Trafford, losing four of five semi-finals and the single final his team made it to in that period.

In a statement, Manchester United said Solskjaer had “left his role as manager”.

It added: “Ole will always be a legend at Manchester United and it is with regret that we have reached this difficult decision.

“While the past few weeks have been disappointing, they should not obscure all the work he has done over the past three years to rebuild the foundations for long-term success.

“Ole leaves with our sincerest thanks for his tireless efforts as manager and our very best wishes for the future.”

The club continued: “His place in the club’s history will always be secure, not just for his story as a player, but as a great man and a manager who gave us many great moments.

“He will forever be welcome back at Old Trafford as part of the Manchester United family.”

Solskjaer is almost universally credited with stabilising the club since he took over from Jose Mourinho in late 2018.

He led United to second in the league last season, having helped to overhaul a beleaguered squad and revive the form of key players including Luke Shaw and Paul Pogba.

But despite a promising first game of this season, the side’s form has plunged to a series of new lows following the signing of Cristiano Ronaldo.

The manager has been widely criticised for his handling of some players, particularly Dutch international Donny van de Beek – who has played very little despite the team’s well-documented weakness in midfield.