Spotify has pledged up to $10m (£8.4m) to help musicians hit by the coronavirus outbreak.

The streaming giant will also match each donation made by the public through its COVID-19 Music Relief page, up to a combined total of $10m (£8.4m).

The company says it is launching a tool which will allow artists to link out of the app to alternative donation pages.

Some of the service’s creator tool features will now also be free.

Spotify has partnered with music organisations MusiCares, PRS Foundation and Help Musicians for the initiative.

It is not the only company making moves to support those in the creative industries amid the coronavirus pandemic.

The Performing Rights Society for Music (PRS For Music) has launched an emergency relief fund in partnership with the PRS Members’ Fund and PRS Foundation.

Grants of up to £1,000 will be available to those who have been a member for at least two years and earned more than £500 in the past two years.

Andrea C Martin, chief executive of PRS For Music, said: “Our members are under threat as many parts of the music scene grind to a halt.

“They look to PRS for leadership, for support and to be the best and most trusted collecting society in the world.

“Members need to eat, support their families and pay rents – without industry support the future is challenging during this terrible time. Together we can get through this.” 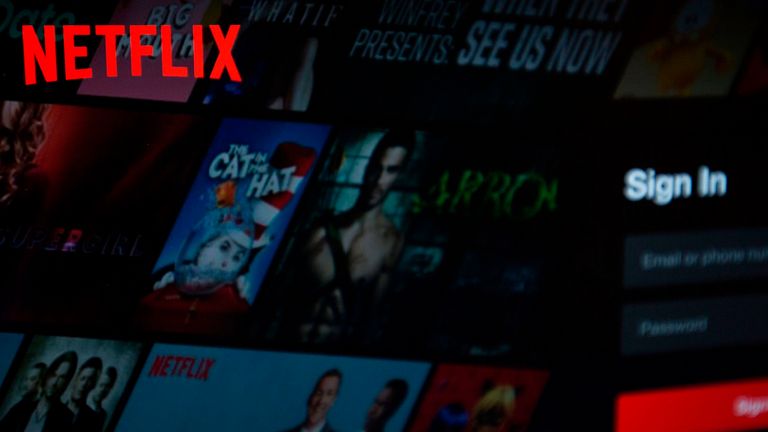 Image: Netflix has put filming of all scripted films in the US and Canada on hold

The majority of the fund will go to cast and crew affected by the postponement of Netflix’s own productions including Russian Doll, The Witcher and all its scripted films in the US and Canada.

How could the new coronavirus antibody tests work?