Residents have been warned to stay inside after a stream of lava from the La Palma volcano reached the Atlantic Ocean.

The Cumbre Vieja volcano on the Spanish Island has been erupting for more than two months, causing more than 7,000 people to be evacuated.

One of its seven lava flows has now travelled across the island and dropped into the ocean, sending thick clouds of potentially toxic gas high into the sky 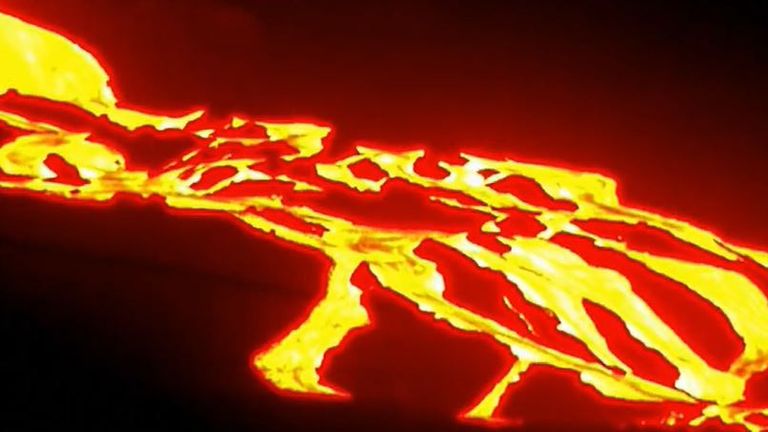 It is the third lava stream to reach the water, landing a couple of kilometres north of where two previous flows hit.

Drone footage from the local council showed white clouds of steam and gas billowing out of the water as the red hot molten rock slid down a cliff.

People in the coastal towns of Tazacorte, San Borondon, and parts of El Cardon, were told to stay indoors with windows and doors shut as strong winds blew the cloud back inland on Monday. 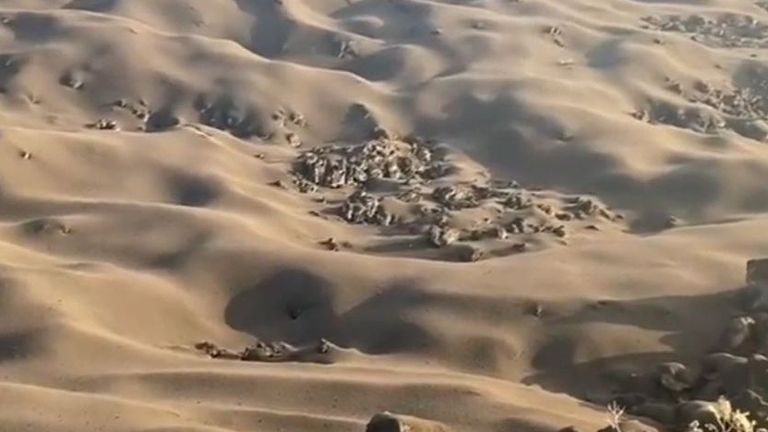 The island’s airport was also closed due to the unfavourable weather conditions and remained shut on Tuesday.

The largest lava flow is currently running towards the coast of Tazacorte and access from the southern highway to the coast has been closed, the local council said.

It added that evacuated neighbourhoods remain shut due to poor air quality.

Technical director of the Pevolca eruption response committee, Miguel Angel Morcuende, said residents in the capital Santa Cruz had been advised to wear masks for the first time since the volcano became active, due to high concentrations of particles and sulphur dioxide in the air.

At least 2,651 buildings have been destroyed since the volcano started erupting, according to the Copernicus disaster monitoring programme.

The molten rock has covered more than 2,463 acres (997 hectares) and has plastered homes with thick black ash.