Raheem Sterling is understood to have been the target of alleged racial abuse during England’s Euro 2020 qualifier at Wembley.

A Bulgaria fan was ejected from the stadium after a steward heard him using discriminatory language during the first half of the match on Saturday, the Press Association reported.

The man was arrested and taken to a north London police station on suspicion of an aggravated public order offence, but he was released with no further action.

An FA spokesperson said: “We can confirm that an individual, who was seated in the away section of the stadium, was ejected and subsequently arrested for discriminatory abuse during the England v Bulgaria match.

“Wembley Stadium operates a zero tolerance policy on anti-social and discriminatory behaviour and anyone found guilty will be ejected and reported to the police.” Image: A Bulgaria fan was reportedly ejected after alleged abuse was heard

It is understood Manchester City’s Sterling was not told of anything during the England game, but the FA’s security team spoke to him after the win to make him aware of the process.

UEFA was informed through its matchday delegate.

Sterling, 24, and his teammates were subjected to racist abuse during England’s qualifier against Montenegro in March.

On being asked about playing in eastern Europe before, Sterling has said: “We know it’s going to be hostile, horrible at times.

“A few years ago it happened to Danny (Rose) in Serbia.

“We knew it would be a similar atmosphere, we weren’t thinking about racism, we were thinking more hostile, swearing, up in your face. But it’s a real shame. 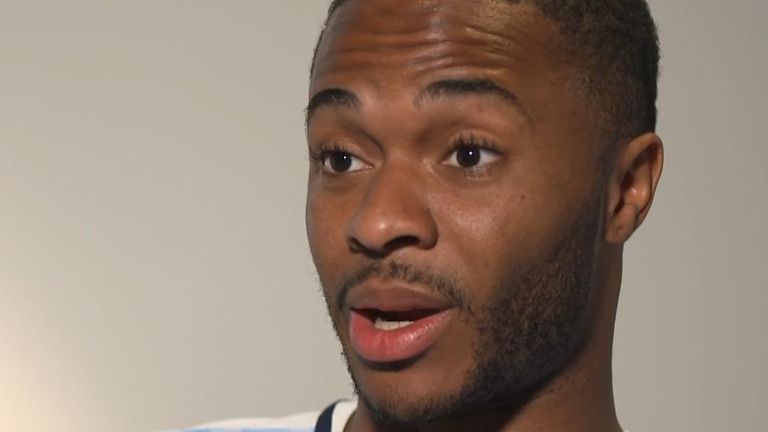 “It’s a real shame to be coming somewhere to be reminded of what skin colour you are, or what you resemble.

“I know what colour I am. It’s just a shame that some people think it’s cool to make fun of you for it.”

Sterling called for the Football Association of Montenegro to be hit with a stadium ban, and UEFA’s Control, Ethics and Disciplinary Body ordered their next match to be played in private.