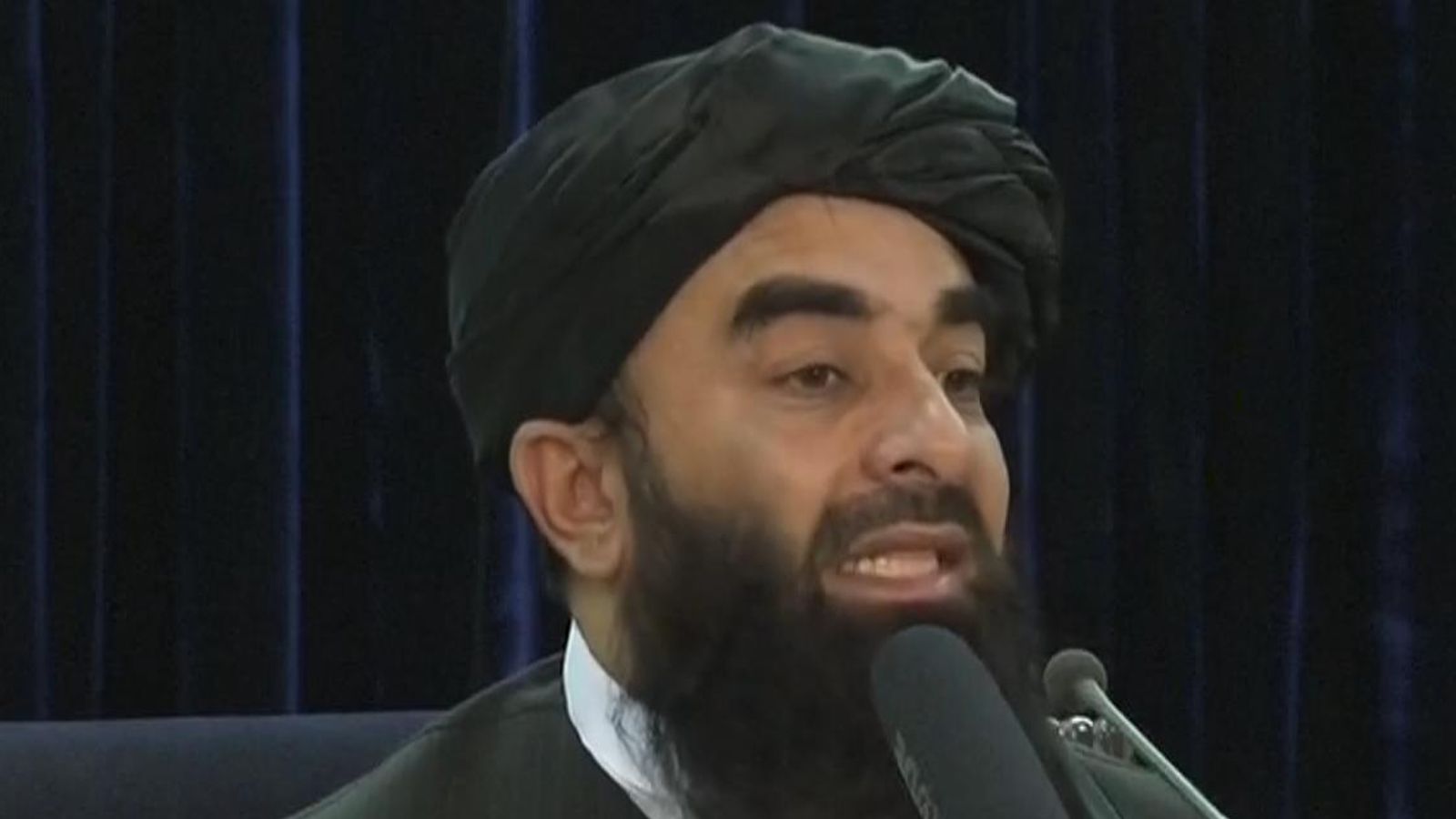 The Taliban has said it wants all foreign evacuations from Afghanistan to be completed when US troops to withdraw from the country on 31 August and insisted there would be no extension to that deadline.

Spokesman Zabihullah Mujahid told a news conference the Taliban is “not in favour” of allowing Afghans to leave, and said the crowds surrounding Kabul airport seeking a flight out of the country could now go home.

He said: “31 August is the time given and after that it’s something that is against the agreement.

“All people should be removed prior to that date.

“After that we do not allow them, it will not be allowed in our country, we will take a different stance.”

He added that the Taliban would “guarantee” the security of Afghans and there was no list of people being targeted for reprisals.

“We have forgotten everything in the past,” he said.

This is a doubling down on the warning issued on Monday by another spokesman, Dr Suhail Shaheen.

Speaking to Sky News, Dr Shaheen said next Tuesday was a “red line”, and UK and US forces should be out of the country or there will be “consequences”.