Taylor Swift has assisted a teenager in the U.K. with her university dreams by donating more than $30,000 (£22,700) to cover her tuition fees.

Vitoria Mario, who moved to London from Portugal as a young teen, had recently created a GoFundMe page online to solicit donations, after learning she wasn’t eligible for a student loan or grant to help pay for her mathematics course at the University of Warwick.

Describing herself as ‘a young Black 18 year old with a dream’ who had found herself ‘in a position of uncertainty’, Mario explained why she was trying to raise around $53,000 (£40,000).

“Sadly, my father has passed away, and my mother remains in Portugal,” she wrote on the campaign page.

She added that: “Moving away from her was a challenge but it was a sacrifice worth being made, in my family’s eyes. ‘If you can get a university education in the UK, you will be set apart for life’.”

Mario had only managed to raise less than a third of her donation goal by Thursday, when Swift, who is known for her charitable fan endeavours, suddenly stepped up and opened her cheque book.

“Vitoria, I came across your story online and am so inspired by your drive and dedication to turning your dreams into reality,” the ME! hitmaker wrote.

She declared: “I want to gift you the rest of your goal amount. Good luck with everything you do! Love, Taylor.”

Mario has yet to comment on the singer’s generosity, but a friend shared the news via Twitter, writing: “So taylorswift13 donated £23K to my friend who needed funding for university and she’s met her target?! THANKYOU JESUSSSSSS!!!!! GOD IS SO GOOD (sic)!!!!!!” 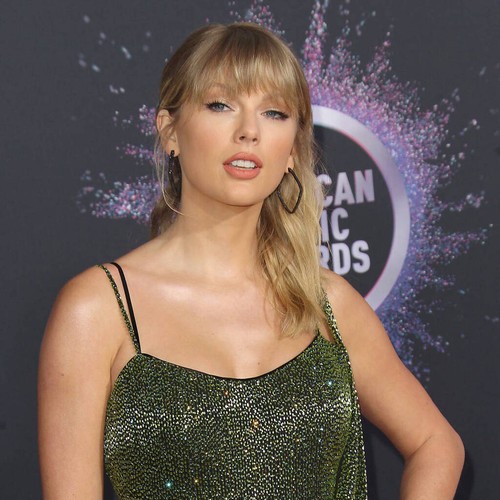 ‘We will overcome this season of darkness’: Joe Biden hits out at Trump in convention speech