Teacher banned after hugging and kissing pupils at prom

A teacher has been banned from the profession after drinking alcohol and then hugging and kissing pupils at their year 11 prom.

Chris Naylor, 39, threatened to share photos of other staff members drinking at the Congleton High School prom in Cheshire if he wasn’t given a settlement of nine months’ salary during an internal review.

At a review into his behaviour at the event in June last year, he admitted to drinking alcohol before the prom, and said he had not eaten a proper meal for some time, meaning it had a “disproportionate effect” on him. 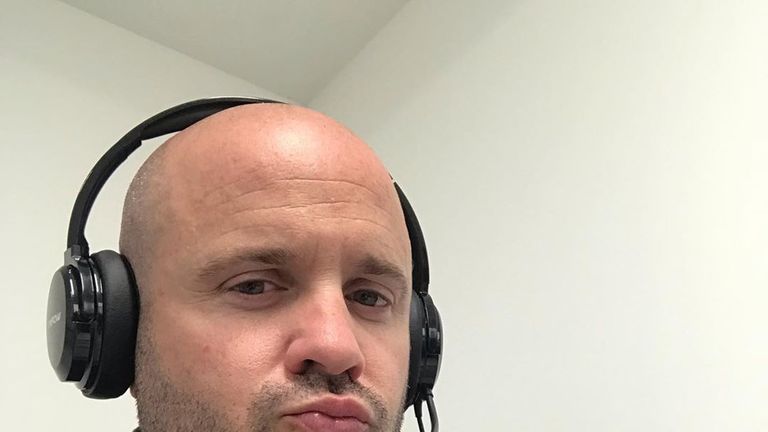 Image: He can’t appeal for at least two years

A report from the investigation said: “Mr Naylor was witnessed drinking alcohol, dancing inappropriately behind a pupil, kissing pupils on the cheek, placing his hands on the waists of pupils and hugging others.”

Mr Naylor admitted he “let his guard down” and engaged in “inappropriate” behaviour with one or more pupils, which included hugging them, holding their arms or wrists, kissing them on the head, forehead or cheek, and dancing closely with them.

When the school opened its own investigation into his conduct, he made what was considered to be a “threat” that he could release “photographs of other members of staff on social media” which would “tarnish the school’s reputation”.

Mr Naylor admitted his behaviour lacked integrity, and the panel found he had behaved in a way which brought the profession into disrepute. 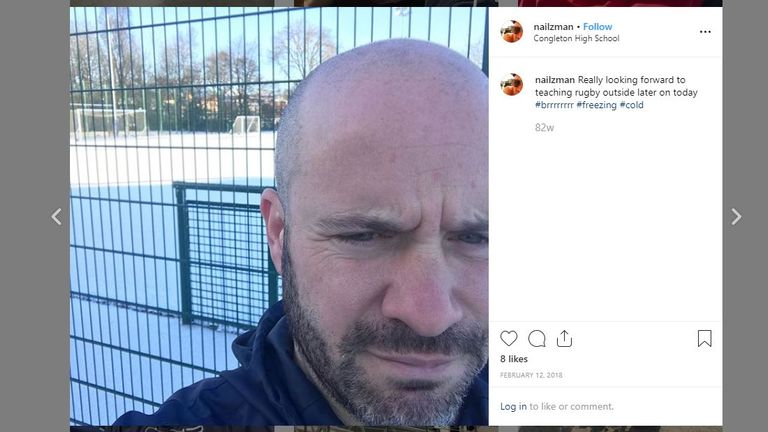 Image: Mr Naylor posted this picture at the school in 2018

He also said he used alcohol to calm his nerves before the event, citing a health issue, but not providing any medical proof for the problem.

He was banned from teaching for at least two years, but the panel did hear from some of his colleagues who spoke in a positive manner about his dedication to the school and to teaching.

One said: “Chris is an outstanding teacher…his dedication to the school and students has led to hundreds of hours of extra-curricular work after school, lunchtimes and holidays.”

Another called him “fantastic” and a third said he was “one of the most passionate teachers I have ever come across”.

The panel also weighed up that while his behaviour on the prom night could have been classed as an error of judgement, the threat made to the school came two months later and was “a pre-empted course of conduct”. 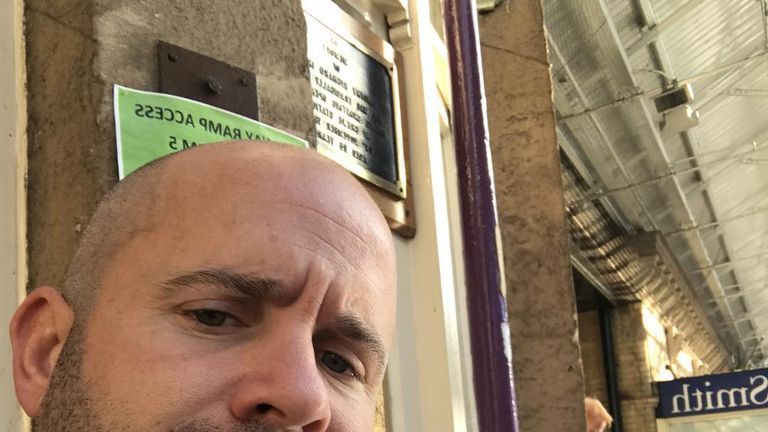 Image: He was seen kissing pupils and touching their waists

In a judgement, Alan Meyrick, on behalf of the Department for Education, said: “Chris Naylor is prohibited from teaching indefinitely and cannot teach in any school, sixth form college, relevant youth accommodation or children’s home in England.

“He may apply for the prohibition order to be set aside, but not until 21 August 2021, two years from the date of this order at the earliest.

Mr Naylor had been at Congleton High School since 2006, where he was the deputy curriculum leader for PE and a year 11 guidance team leader.