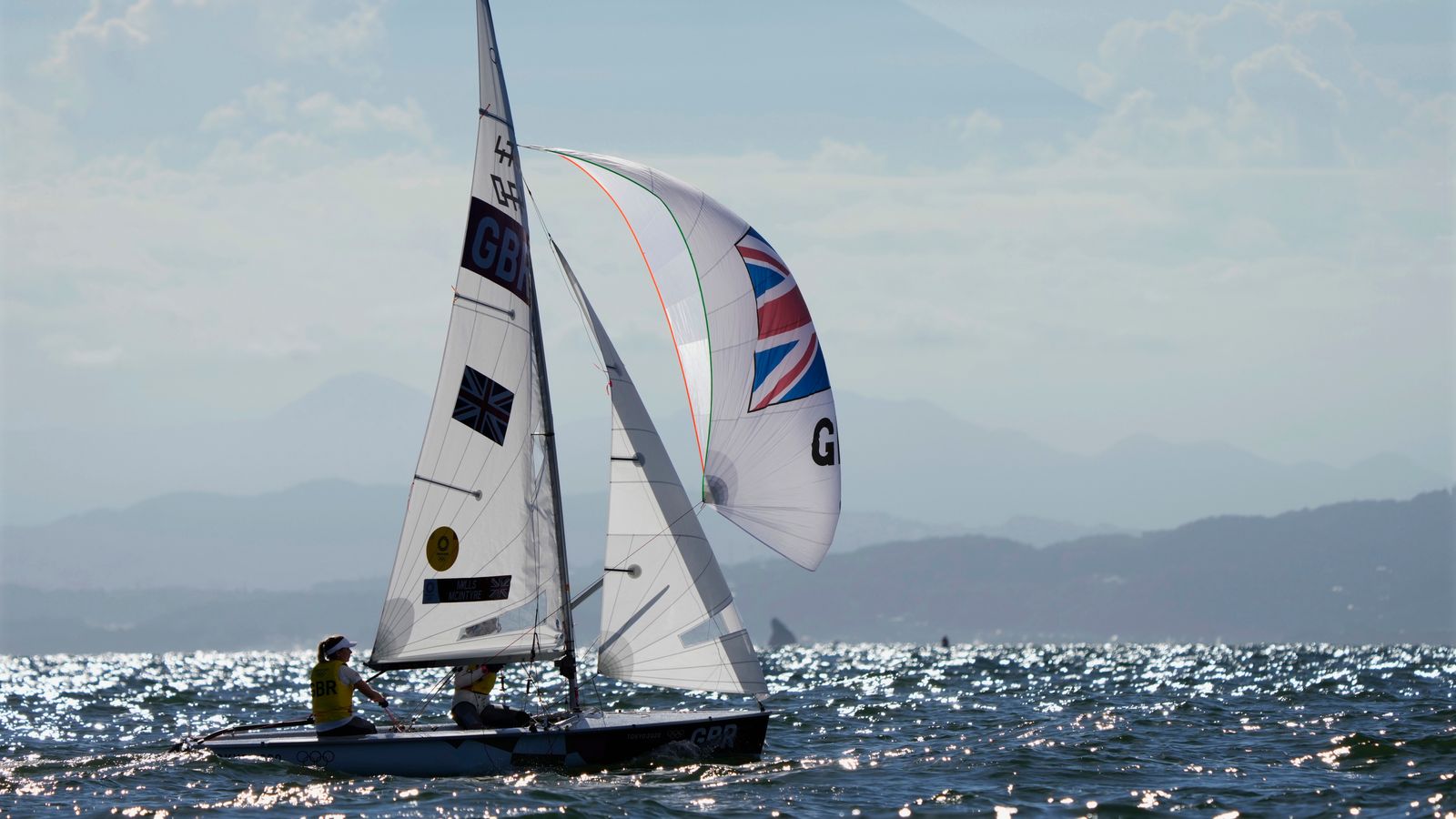 Hannah Mills and Eilidh McIntyre have won a sailing gold medal in the women’s 470 class.

Hannah Mills, 33, becomes Britain’s most successful female Olympic sailor ever – adding this gold medal to her gold in Rio and her silver in London.

Cardiff-born Mills and McIntyre – who made her Olympic debut this Games – jumped into the water to celebrate their Olympic title.

The pair secured Great Britain’s 14th gold of this year’s Games and built on Team GB’s sailing success on seen on the waters of Enoshima Yacht Harbour Tuesday.

Dylan Fletcher and Stuart Bithell won gold in the 49ers, quickly followed by Giles Scott who took the Olympic title in the Finn class.

Then, John Gimson and Anna Burnet won the silver medal in the mixed Nacra 17 class.

Earlier, there was disappointment for Britons Luke Patience and Chris Grube who missed out on a medal in the men’s 470.

There were high hopes for the pair who were just nine points off third spot before the start of today’s final race.

But the pair couldn’t make up the gap and finished fifth overall.