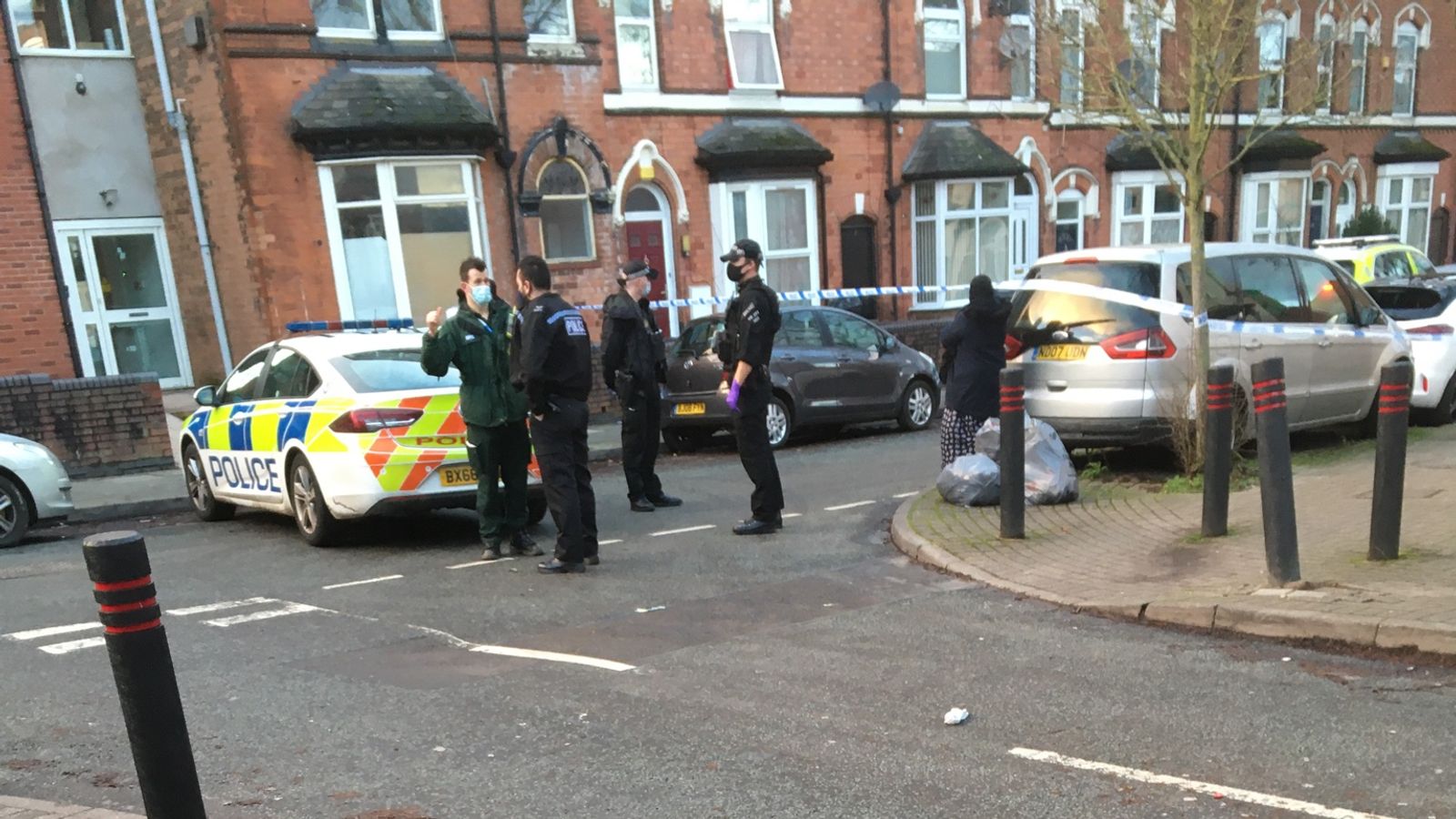 A teenage boy has died after being attacked by a group in Birmingham, police have said.

The victim, 15, was “set upon” by a number of people in Handsworth just after 3.30pm on Thursday, West Midlands Police (WMP) said.

He was taken to hospital but died of his injuries shortly afterwards, the force added.

Detectives say the suspects fled in a white car, which crashed into a house nearby.

Witnesses say they heard gunshots being fired and that the suspects were armed with knives.

No arrests have been made and the cause of death has not yet been established.

Investigators are examining the suspected getaway car for evidence, checking local CCTV and have cordoned off the scene.

Detective Chief Inspector Alastair Orencas, of WMP’s homicide team, who is leading the inquiry, said: “This level of violence in broad daylight on a residential street is inconceivable, let alone the fact that the target was a 15-year-old boy.

“We are leaving no stone unturned in our search for those responsible and I ask anyone who knows who they are to contact us.

“The family of the boy has had the worst shock imaginable and we have specialist officers with them in their time of grief.”