Despite winning awards for her acting, Olivia Colman has spoken of how a fear of the limelight, which “crippled” her, was tackled by wearing a cape.

Colman, who is due to play Queen Elizabeth II in the upcoming next two series of Netflix’s The Crown, said in an interview that situations such as red carpet events made her “genuinely terrified: panic attack, dry mouth”.

“A lot of people take on a pretend persona, but I’m crippled by it. I feel embarrassed,” the 45-year-old British star said. 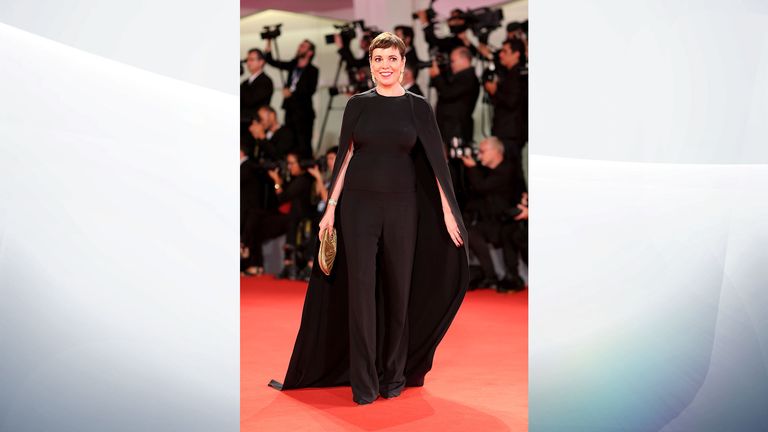 Image: Colman is set to play Queen Elizabeth II in the next two series of Netflix’s The Crown

However, she went on to talk about the “breakthrough” she experienced at a film festival in August 2018 when she wore a designer cape.

“[It] was at the Venice Film Festival, wearing Stella McCartney,” she said in her cover interview for Vogue magazine’s October issue. “I felt, ‘I can do this, I can do this’.”

“I’d always used clothes as a sort of mask. I discovered that they can make you feel strong and powerful,” the actress explained.

Colman rose to fame starring in TV shows such as comedies Peep Show, Fleabag and Rev, alongside dramas Broadchurch and The Night Manager.

Since then, she has also appeared in films including The Iron Lady, and won an Oscar earlier this year for her portrayal of Queen Anne in The Favourite.

She went on to say in the magazine interview that she struggled with confidence as a young woman, and that negative comments she received about her appearance when she was younger had had an effect on her.

“Over the years, pounds have gone on, and my body has changed; I’ve had children,” she said.

“If someone doesn’t like me because of the size of my bum, they can f*** off. Because I’m quite a nice person to be with, actually.

“Once I was in a steam room and there were these two women, big women, who sat there, hot and sweaty, so beautiful – I felt like they were almost goddesses.”

“I want that confidence,” the actress added.