The Chemical Brothers will return with their new single, ‘The Darkness That You Fear’, this week.

The iconic electronic duo – comprising Tom Rowlands and Ed Simons – have announced the release of their first new material since their 2019 LP ‘No Geography’.

After teasing fans with a preview clip of the track on social media, the ‘Galvanize’ hitmakers confirmed the release date of April 23.

‘No Geography’ was the pair’s first release in four years after their 2015 record ‘Born In The Echoes’.

The ‘Hey Boy Hey Girl’ hitmakers had a “religious experience” when they saw Orbital perform at the festival in 1994, and after being booked for their 12th appearance in 2019, they insisted they enjoy the gig just as much as they did the first time round.

Ed said: “We both had a religious experience [seeing Orbital]. I still get tingly when I think about it. We wanted to do that.

“It’s still to be the most exciting concert you can play.”

The pair broke records in 2000 by performing in front of what was believed to be the largest crowd in the festival’s history but can barely remember the show, so try now to take in the moments much more.

Tom said: “Early on you think everything’s going to last forever, whereas now you think, realistically, how many more times are we going to get to do this amazing thing? You become more aware of it.”

This summer, The Chemical Brothers are due to play a number of festivals, including Creamfields, Lowlands and TRNSMT. 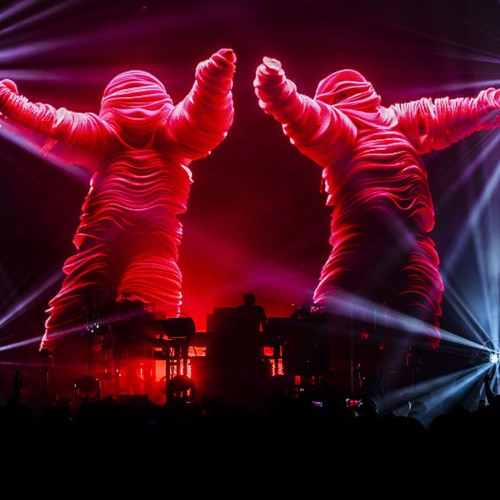