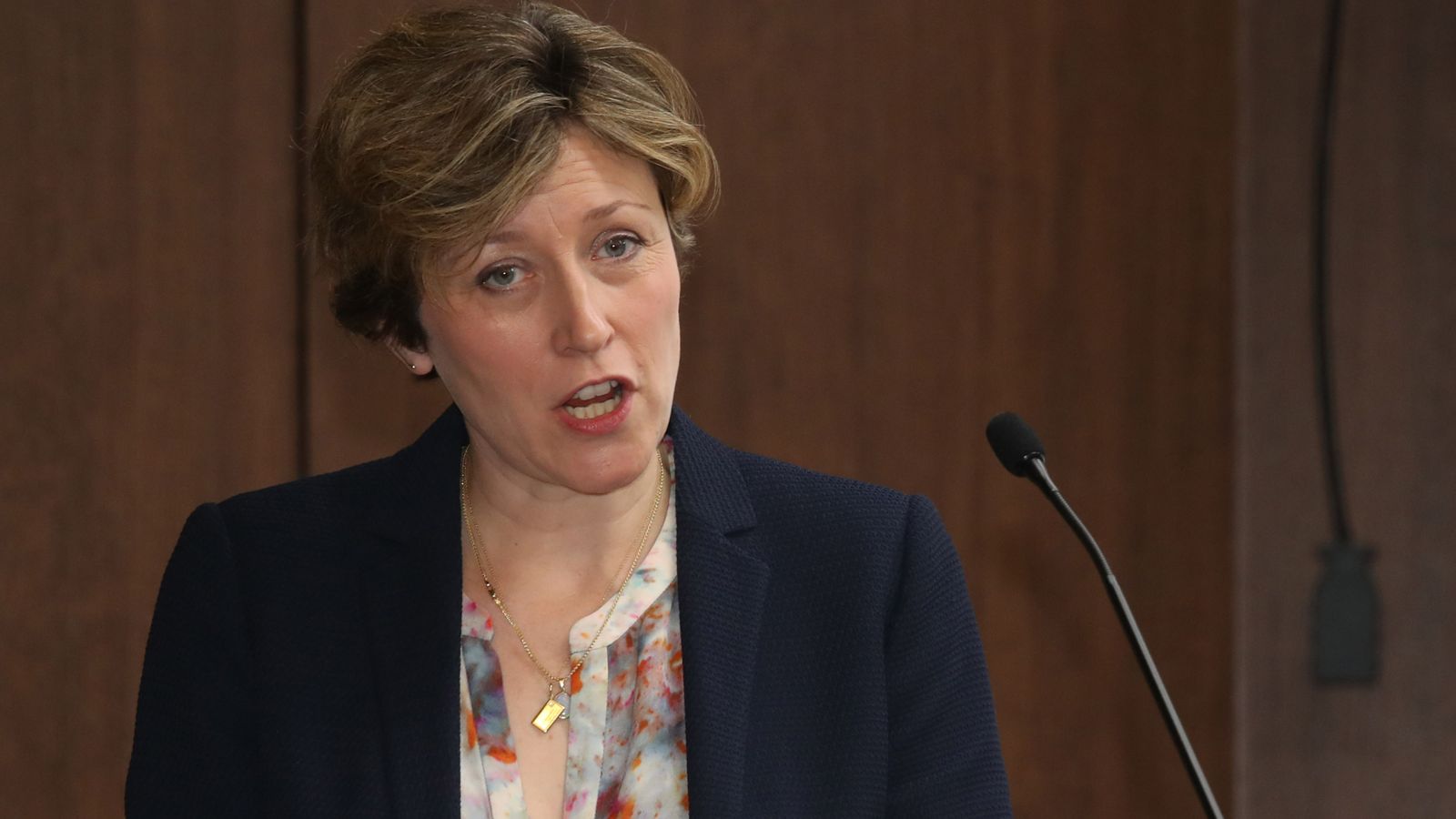 The Treasury risks becoming engulfed in a fresh lobbying row after one of its top civil servants quit to take an executive post at Barclays.

Sky News has learnt that Katharine Braddick has tendered her resignation as the Treasury’s director-general for financial services – a job she has held since 2016.

A senior banking industry source said on Monday that she had accepted a job as director of public policy at Barclays, a new position at one of the UK’s biggest banks.

Ms Braddick’s appointment at Barclays will be subject to approval by Whitehall’s Advisory Committee on Business Appointments (ACOBA), which has attracted growing scrutiny over its decision-making about whether former ministers and civil servants can take up new jobs.

Insiders said that if it approved Ms Braddick’s move, ACOBA was likely to insist on a lengthy ban on her lobbying ministers and Treasury officials.

However, one bank executive expressed incredulity on Monday at the idea that Ms Braddick would be able to perform the role at Barclays without seeking to influence government policy.

A Treasury insider said she was expected to leave the department at around the end of the year.

She had stepped away from any involvement in policy work affecting the banking and financial services sectors as soon as she resigned, the insider added.

It was unclear what other work Ms Braddick would undertake at the Treasury in the period before she left.

At Barclays, she would expect to be paid several times her earnings as a Whitehall official.

Technically, Ms Braddick has been on secondment to the Treasury from the Bank of England for the last seven years, initially as director for financial services.

She previously worked at the Association of British Insurers, while she has more recently served as the Treasury’s member of the international Financial Stability Board.

At the Bank of England, she last held the title of director of prudential policy, a key role in the framework within which large banks were regulated.

Ms Braddick has earned a reputation in Whitehall and the City as a formidable but constructive figure during her engagement with industry executives on issues ranging from Brexit to the emergency COVID-19 loan schemes unveiled at the start of the pandemic.

In the Treasury hierarchy, she occupies one of the most senior posts beneath the permanent secretary, Tom Scholar.

While there is no suggestion of any improper behaviour on the part of Ms Braddick or Barclays, the emergence of her move comes at an awkward time for the Treasury.

The UK finance ministry became embroiled in an embarrassing row earlier this year over tactics used by the former prime minister, David Cameron, to try to secure access to COVID lending schemes for Greensill, the supply chain finance company he advised.

Although Treasury officials and ministers were shown to have rejected Mr Cameron’s overtures, the disclosure of text messages between him and several public figures sparked a long-running political firefight.

Ms Braddick’s prospective recruitment is not the first time a senior public official has been courted by Barclays.

In 2013, Sir Hector Sants, the outgoing head of the Financial Services Authority, joined the bank, although he stayed with it for only a short period.

Barclays and the Treasury both declined to comment on Monday evening.

Ex-Hamptons chair to take helm at Foxtons after investor pressure

NHS to receive extra £5.4bn to help deal with backlogs created by COVID