Three people confirmed to have died in A1(M) crash 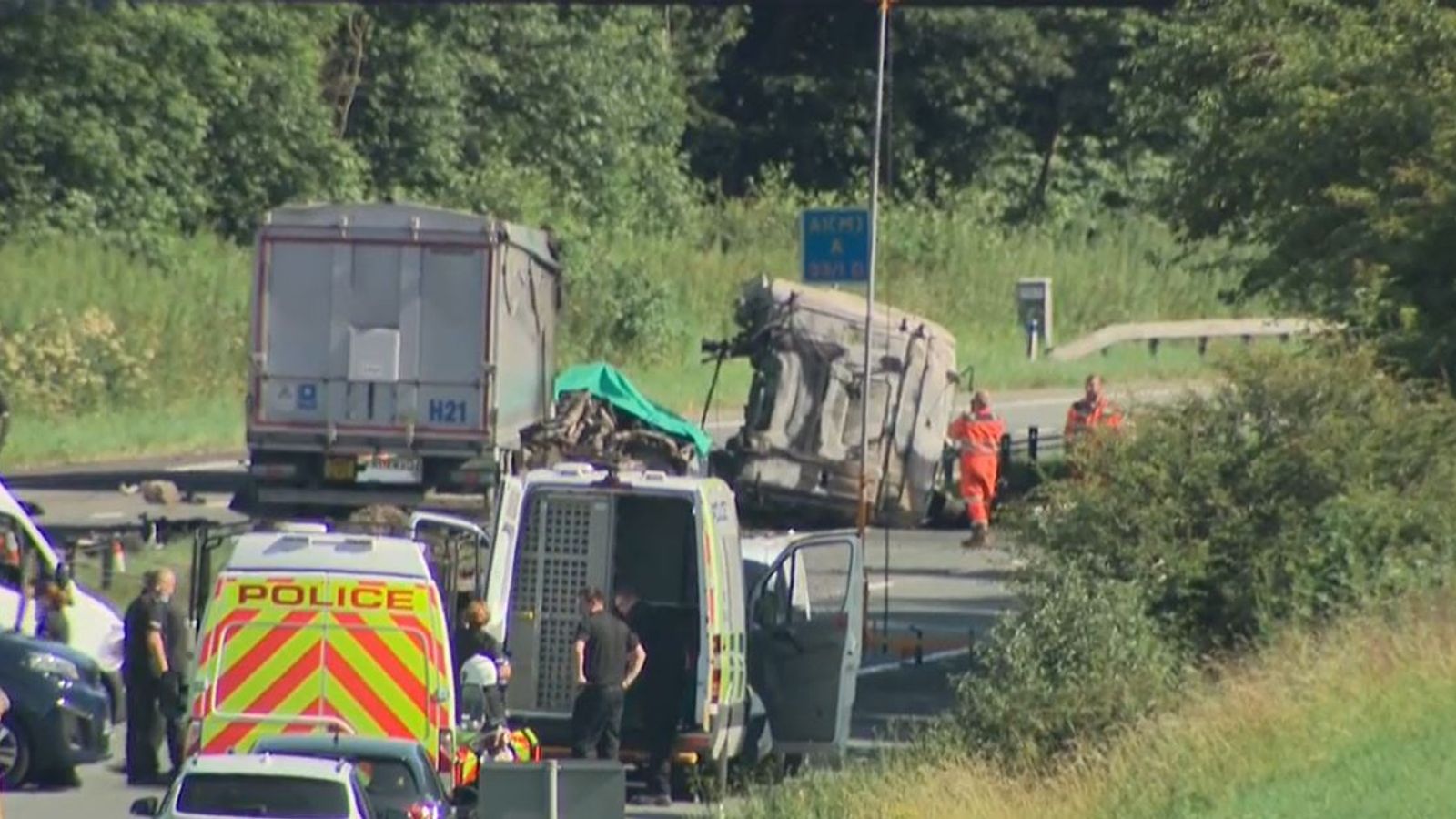 Three people are confirmed to have died after a multi-vehicle crash on the A1 in County Durham on Thursday evening, police have said.

The collision, near the village of Bowburn at 6.20pm, involved four cars and two lorries, one of which caught fire.

The three victims were a man driving a Toyota Hilux and a man and woman in a Vauxhall Crossland.

They have not yet been formally identified but their families have been informed, police said.

Several other people were injured in the crash and two people needed hospital treatment.

A man, 41, who was driving one of the lorries, has been arrested on suspicion of causing death by dangerous driving and he is in police custody.

‘Amy Winehouse the singer was not the Amy I knew’