Tokyo Olympics: Are the organisers prioritising revenue over safety? 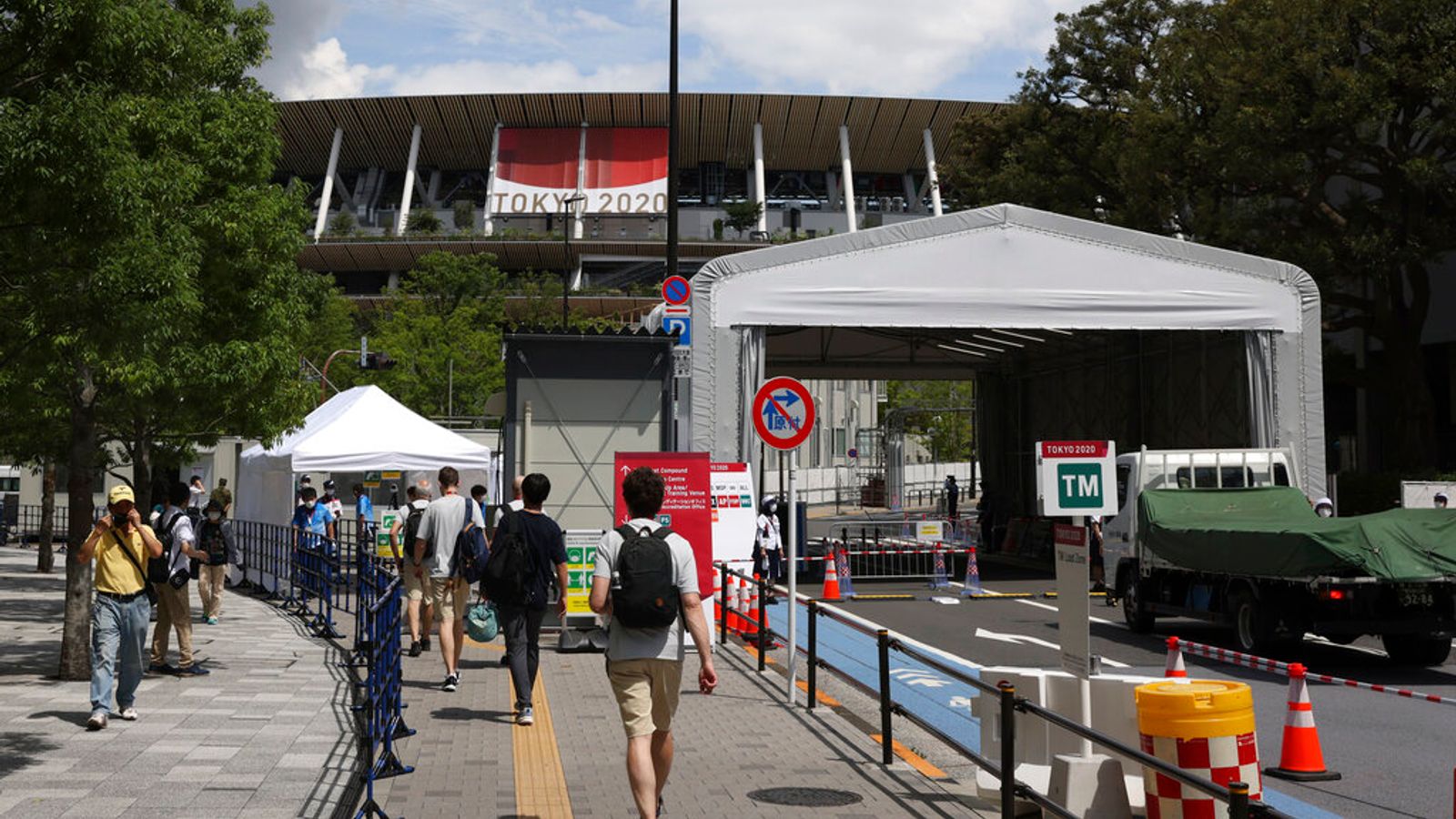 As the number of COVID-19 cases at Tokyo 2020 rises, public health experts have accused Olympic officials of putting revenue before safety.

Toshiro Muto, the head of the Tokyo Olympics organising committee, has even cautioned the event could still be cancelled if cases continue to increase. Almost 90 officials and athletes have already tested positive.

But is this really why the Olympics are going ahead?

This year’s summer Olympics are the most expensive on record, according to research from Oxford University.

Current spending reflects an additional $2.8bn (£2bn) from the one-year delay, which includes expenses like renegotiating contracts and measures to combat the pandemic.

While the Tokyo organisers have shouldered most of the costs of cancellation, Japan’s prime minister Yoshihide Suga has said that the decision to cancel lies with the International Olympic Committee (IOC).

“The IOC has the authority to decide,” Suga said in April. “And the IOC has already decided to hold the Tokyo Olympics.”

What would organisers lose by cancelling?

So, given the mounting costs of Tokyo 2020, it seems viable that the organisers would want to push ahead to recoup these losses.

But Payne points out that the IOC’s main revenue streams such as international sponsorship and television deals, which make up around three-quarters of its income, are protected as they are locked in long term or insured.

He said: “The revenue financial decision is not an issue in the IOC’s decision-making process. The sole focus from the IOC is to stage the Games to give the athletes the once every four-year window of opportunity.”

Record local sponsorship is the largest component of the budget for the organising committee in Japan. This revenue stream would be “shocked” and “almost certainly evaporate” if the Games were cancelled, says Seth Kirby, an academic in sport and leisure management at Nottingham Trent University.

But local sponsors and ticketing revenue, which largely goes to the host country, have already taken a hit.

“Sponsorship revenues have already been compromised by the lack of spectators and public concerns over COVID-19,” said Kirby. “Programmes will have been planned with spectators and fan interaction at the heart of their marketing activities.”

Arguably both the IOC and Tokyo organisers are concerned with the reputational damage of cancelling. But continuing given the current state of the pandemic could pose an even greater risk to Japan and the Olympic brand.

Local and international sponsors have distanced themselves from Tokyo 2020 over concerns about COVID-19 cases. As early as May, major Japanese newspaper and local sponsor Asahi Shimbun called for the Games to be cancelled, while Japan’s top carmaker Toyota announced on 19 July that it would pull all of its adverts.

Will Japan’s economy get a boost from Tokyo 2020?

The Tokyo organisers also have to consider the lost boost to Japan’s economy from holding the Games.

In 2016, the Bank of Japan forecast that the country would see GDP increase by $91bn (£66bn) from construction alone, while analysis by Nomura estimated a lower $30bn (£21.8bn) in production value. Whatever the amount, most of this capital expenditure will already have occurred in the lead up to the Olympics.

When it comes to demand, Nomura’s chief economist in Japan Takashi Miwa says it is only revenue from services and some merchandise – amounting to less than half of the increase in demand – that is at risk from cancellation.

Holding the Games also gives Japan the chance to benefit from a significant boost in the years after the event. A review commissioned by the UK government after London 2012 estimated gains from trade and investment of £9.9bn (£7.2bn) in the first year alone.

But Matthias Firgo, a senior researcher at the Austrian Institute of Economic Research, suggests that some of this spending would occur even without the Olympics: “Even in normal times, not all activities related to such a mega event actually trigger additional value.”

Firgo’s analysis found that there is an economic boost of around 3% to 4% from hosting but only at a regional level in the year of the event and the year before. While there are tentative signs of positive long-run effects, the data is uncertain.

The cost of COVID-19

While critics suggest that organisers are putting revenues ahead of safety, there do not appear to be huge economic gains from holding the Tokyo Olympics.

Meanwhile, economists have joined public health experts in warning about the fallout from a post-Olympics surge in infections.

The Nomura Research Institute estimated in May that the hit to Japan’s economy from the first and second state of emergency was around $58bn (£42bn), compared with $16bn (£11.6bn) to cancel the Olympics. That suggests that another similar state of emergency later in the year could amount to around three times the cost of cancellation.

So, arguably it is the potential surge in COVID-19 infections rather than scrapping the Games altogether that is the biggest threat to Japan’s economy.