Matt Heafy has contracted the coronavirus.

The Trivium frontman – who revealed he has been vaccinated – compared his symptoms to “a tour cold” as he revealed he had tested positive for COVID-19.

“Thankfully due to being vaccinated it merely feels like a tour cold; my dad however got sick without a vaccine and is now 12 weeks into a very terrible recovery with lung/ heart/ liver issues.

He has since revealed that a friend from martial art school Gracie Barra North Orlando sent him some food to help out while he was isolating.

He added: “One of my @gbnorthorlando bjj brothers just dropped off a massive care package to aid in my recovery! (sic)”

The 35-year-old musician has been keeping busy, and has month he revealed a new track called ‘The Defiance’, which has been produced by Linkin Park star Mike Shinoda.

The ‘In The End’ rocker had previously teased: “Gonna try to keep the metal, but mash it up with lots of unexpected things.”

Meanwhile, Heafy has also been releasing acoustic EPs based on each of Trivium’s previous full length albums.

He started with new versions of songs from ‘The Crusade’, ‘Ascendency’ and ‘Shogun’, while April saw him drop a five-track record with tracks from ‘When The Dead Men Say’.

And the band as a whole – completed by Corey Beaulieu, Paolo Gregoletto and Alex Bent – will be headlining Slipknot’s upcoming one day festival Knotfest Iowa on September 25.

The likes of Megadeth, Faith No More, Lamb of God, Gojira, Knocked Loose, Tech N9ne and more are also set to take to the stage for the event. 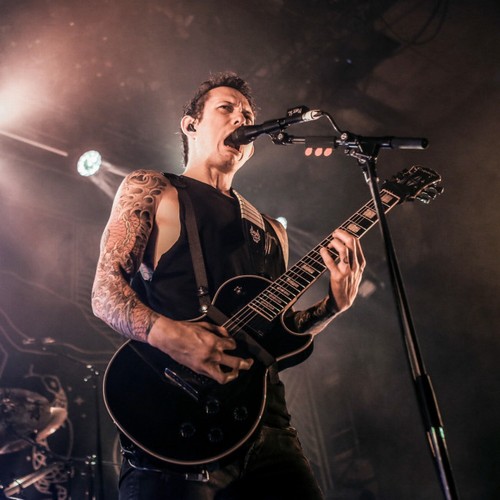