Two children killed in crash on M1 near Milton Keynes 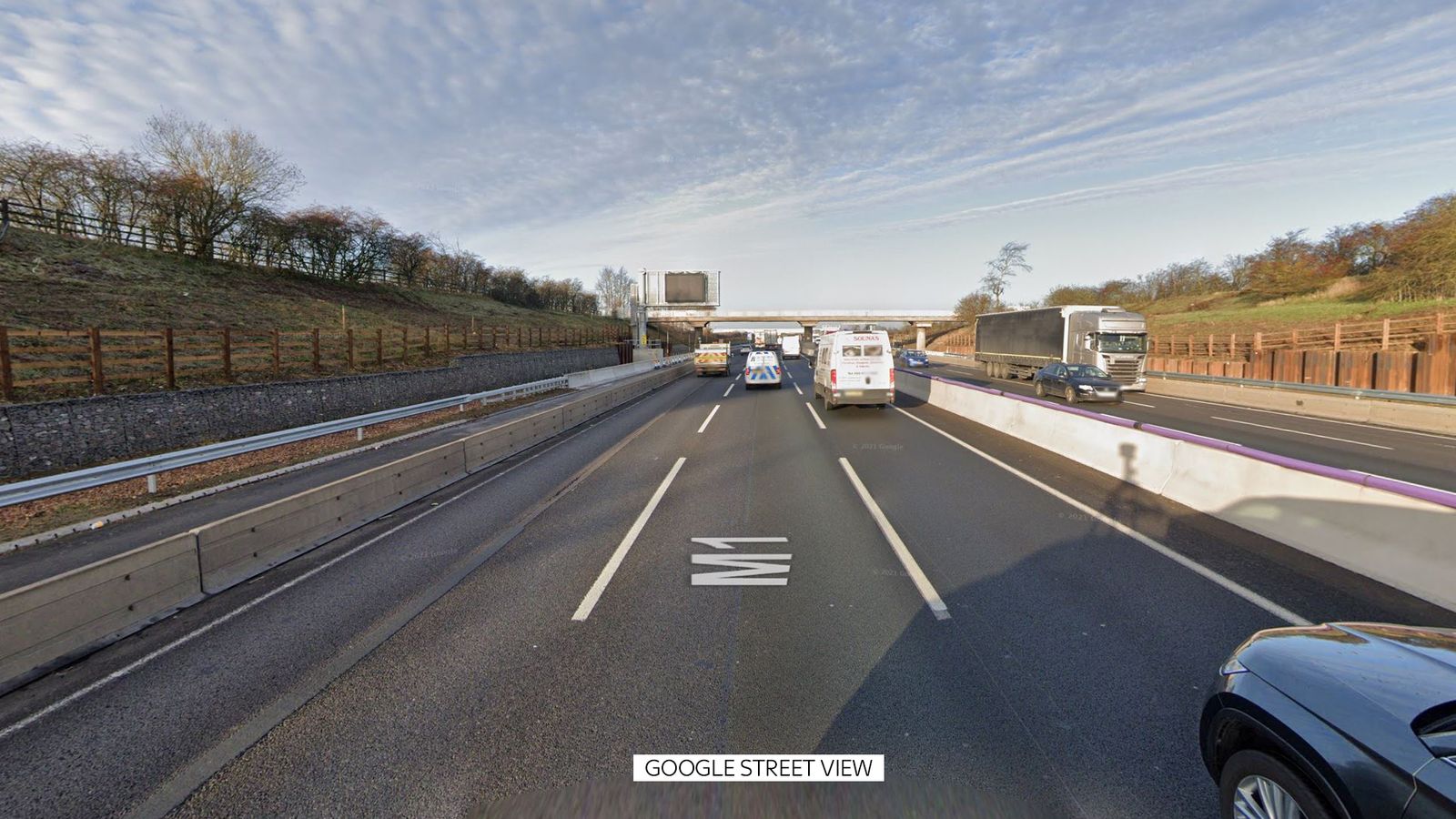 Two children have died after a car crashed with a lorry on the M1.

Thames Valley Police said the crash took place on the northbound carriageway between junctions 14 and 15 near Milton Keynes at 11.10pm on Monday night.

The children, aged four and 10, were passengers in a white Vauxhall Astra which collided with a Scania HGV, the force said.

Please share our appeal for witnesses after a collision which resulted in the deaths of two children.

A Vauxhall Astra collided with a HGV. Two children aged four and ten were killed.https://t.co/Fi05nsOLTK pic.twitter.com/hoGLSCZ619

Another child passenger and the driver of the Astra were taken to hospital with injuries but have since been discharged.

The driver of the HGV was not injured.

A 35-year-old woman, from Derby, has been arrested on suspicion of causing death by dangerous driving and driving a motor vehicle when above the prescribed limit of alcohol.

The motorway was closed in both directions last night and reopened on Tuesday morning.

Investigating officer Sergeant Dominic Mahon said: “My thoughts remain with the family of the two children who sadly died at this extremely difficult time.