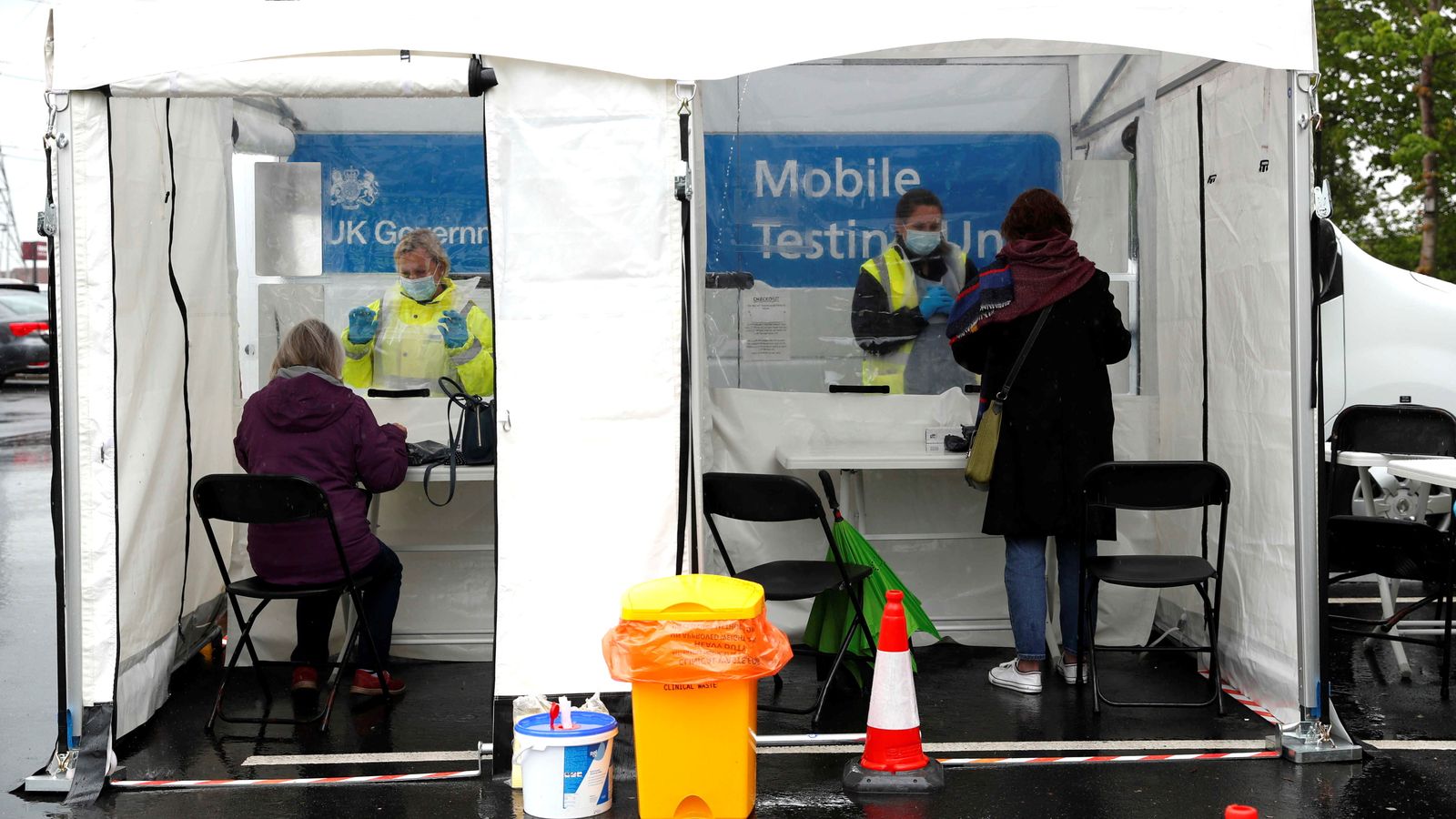 The UK has reported 29,622 new COVID-19 cases and 68 more coronavirus-related deaths in the latest 24-hour period, according to government data.

The figures compare with 31,117 infections and 85 fatalities announced yesterday, while 36,389 cases and 64 deaths were reported on this day last week.

The seven-day average for infections is 36.1% down from the previous week, while fatalities are up by 25.1%.

Since the pandemic began, a total of 129,583 people have died in the UK within 28 days of a positive COVID test.

According to the latest data, 927 COVID patients were admitted to hospital on 26 July and there were 6,341 admissions in the last seven days – a weekly rise of 18.9%.

Meanwhile, 42,410 people received their first dose of a COVID vaccine yesterday, taking the overall total to 46,775,525.

It comes as infection rates have continued to rise across England, Wales and Northern Ireland – but dropped in Scotland, according to the latest estimates.

Data from the Office for National Statistics shows that in the week ending 24 July, approximately one in 65 people were estimated to have had COVID-19 in England.

But the percentage of people testing positive in Scotland dropped in that week – and around one in 110 people had coronavirus.

Though England’s infection rate went up in the week ending 24 July, there are “possible signs that the rate of increase may have slowed”, the ONS said.

On Friday, it emerged that England’s R number has fallen slightly to between 1.1 and 1.4 after it was listed as between 1.2 and 1.4 last week.

Earlier, Transport Secretary Grant Shapps defended France’s position on the UK’s ‘amber plus’ travel list, saying the decision was made due to cases of the Beta coronavirus variant in the north of the country.

Meanwhile, a number of Conservative MPs have told Sky News they do not think the government will follow through with suggestions they will introduce domestic vaccine passports.

Profits soar but shares plunge in Intertek – so what went wrong for the stock market darling?