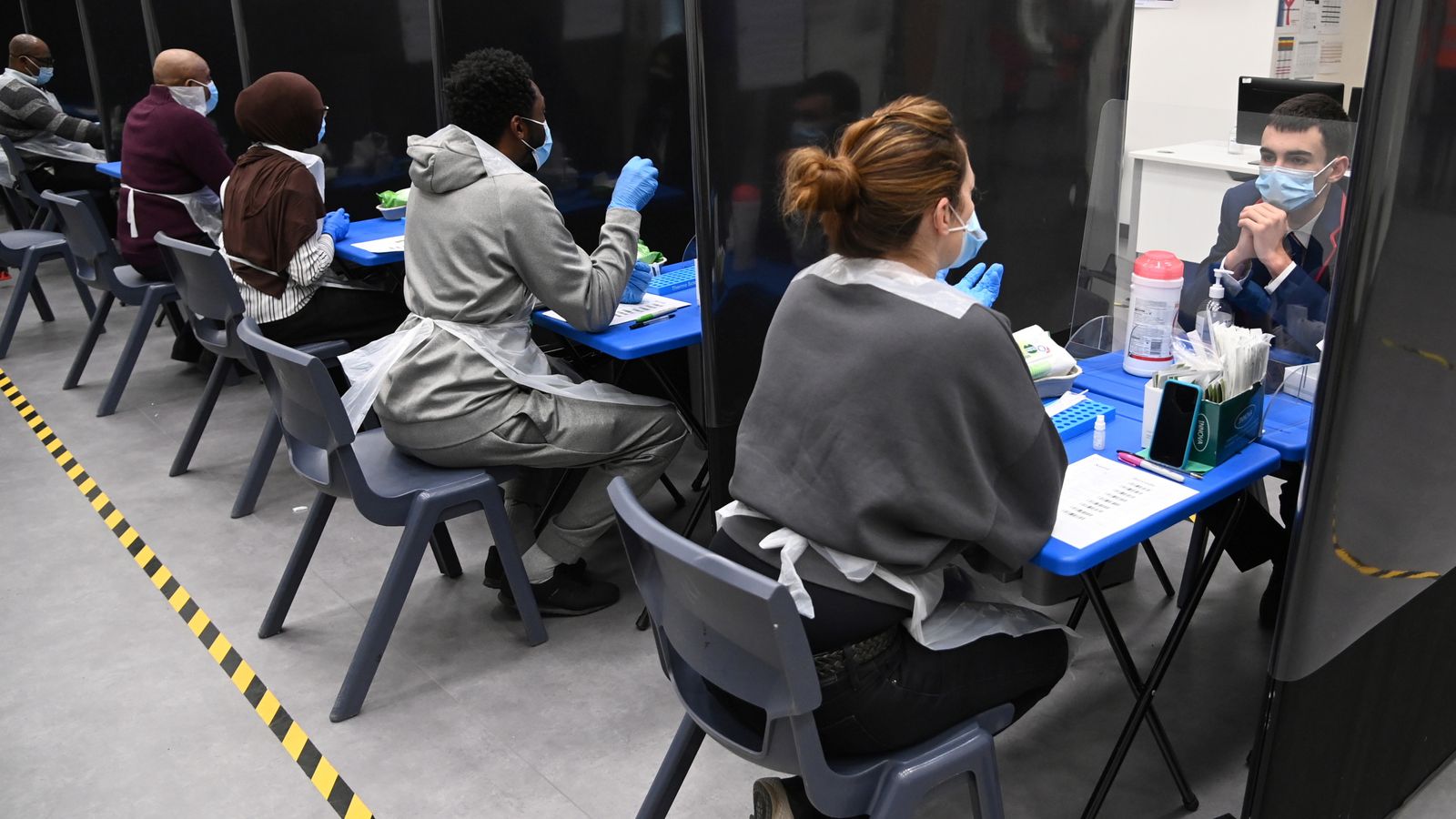 The number of new COVID cases in the UK has fallen for the third day in a row, according to government data.

The country has recorded 36,389 new cases and 64 more coronavirus-related deaths in the latest 24-hour period.

The number of infections is down by more than 15,000 compared with this time last week, when 51,870 were reported along with 49 deaths.

Yesterday, 39,906 infections and 84 fatalities were announced.

Some 43,000 people had their first jab yesterday, meaning that 46,476,845 have now received at least one COVID vaccine dose in the UK.

Another 174,742 people had their second shot, bringing the total number of those now fully inoculated against coronavirus to 36,762,646.

The latest vaccine numbers do not include figures from Wales.

According to the most recent data, hospitalisations are also up.

Since the pandemic began, a total of 129,044 people in the UK have died within 28 days of testing positive for COVID-19.

It comes as figures from the Office for National Statistics (ONS) show one in 75 people in England are likely to have had COVID-19 last week – the highest number since the end of January.

In England the estimated number testing positive for COVID-19 in the community was 741,700 in the week to 17 July.