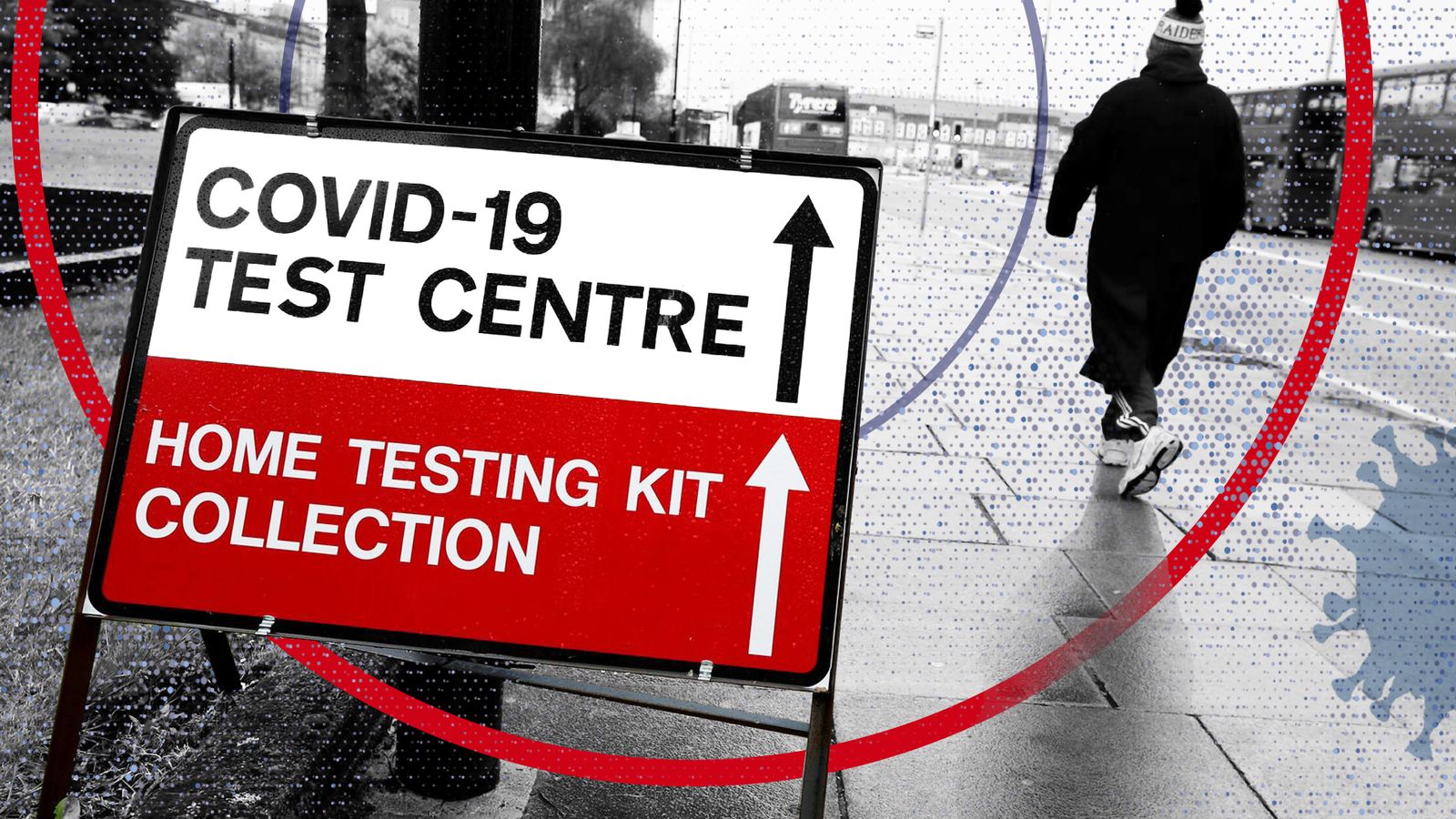 The UK has recorded 37,314 more coronavirus cases and 114 deaths in the latest 24-hour period, according to government data.

Live COVID updates from UK and around the world

Another 55,979 people had their first coronavirus jab yesterday, taking the total number of people who have had one vaccine to 47,516,505. This figure now includes 16 and 17-year-olds.

And another 175,059 second doses were administered, meaning 41,332,128 people are now fully inoculated against COVID.

A total of 131,487 people have died within 28 days of a positive COVID test, the figures show. Where COVID-19 was mentioned on the death certificate, that figure stands at 154,811.

There have also been a total of 6,429,147 lab-confirmed infections.

According to the latest government data, 858 COVID patients were admitted to hospital on 16 August, and there were 5,809 admissions in the last seven days, a rise of 8.1% compared with the previous week.

It comes as England’s chief medical officer urged people not to delay getting their vaccine, saying there are some “very sick” young adults in hospital with the virus.

Professor Chris Whitty said it is “stark” that the majority of COVID patients he saw over a month working on a hospital COVID ward had not had a jab.

New figures from Public Health England (PHE) show that 55% people in hospital with the Delta variant – which is dominant in the UK – have not been jabbed.

The data also shows that 74% of people under 50 in hospital with the variant have not been vaccinated.

Almost two-thirds of people in the same age group who died in England with the Delta variant were not vaccinated against the virus, the figures show.

Prof Whitty tweeted: “The great majority of adults have been vaccinated.

“Four weeks working on a COVID ward makes stark the reality that the majority of our hospitalised COVID patients are unvaccinated and regret delaying. Some are very sick including young adults.

Almost three million young adults have not had a first dose, according to official figures published earlier this week.

England’s R number has also risen to between 0.9 and 1.2, official data released on Friday shows.

The figure represents the average number of people that will be infected by someone with COVID-19.

Latest estimates from the Office for National Statistics show that case rates have risen in Wales and Northern Ireland.

One in 50 people in Northern Ireland are estimated to have had the virus in the week to 14 August – the highest level since the week to 23 January.

Infection rates have increased among people aged 35 to 49 but have fallen for those in school years seven to 11, for 25 to 34-year-olds and for people aged 70 and over.