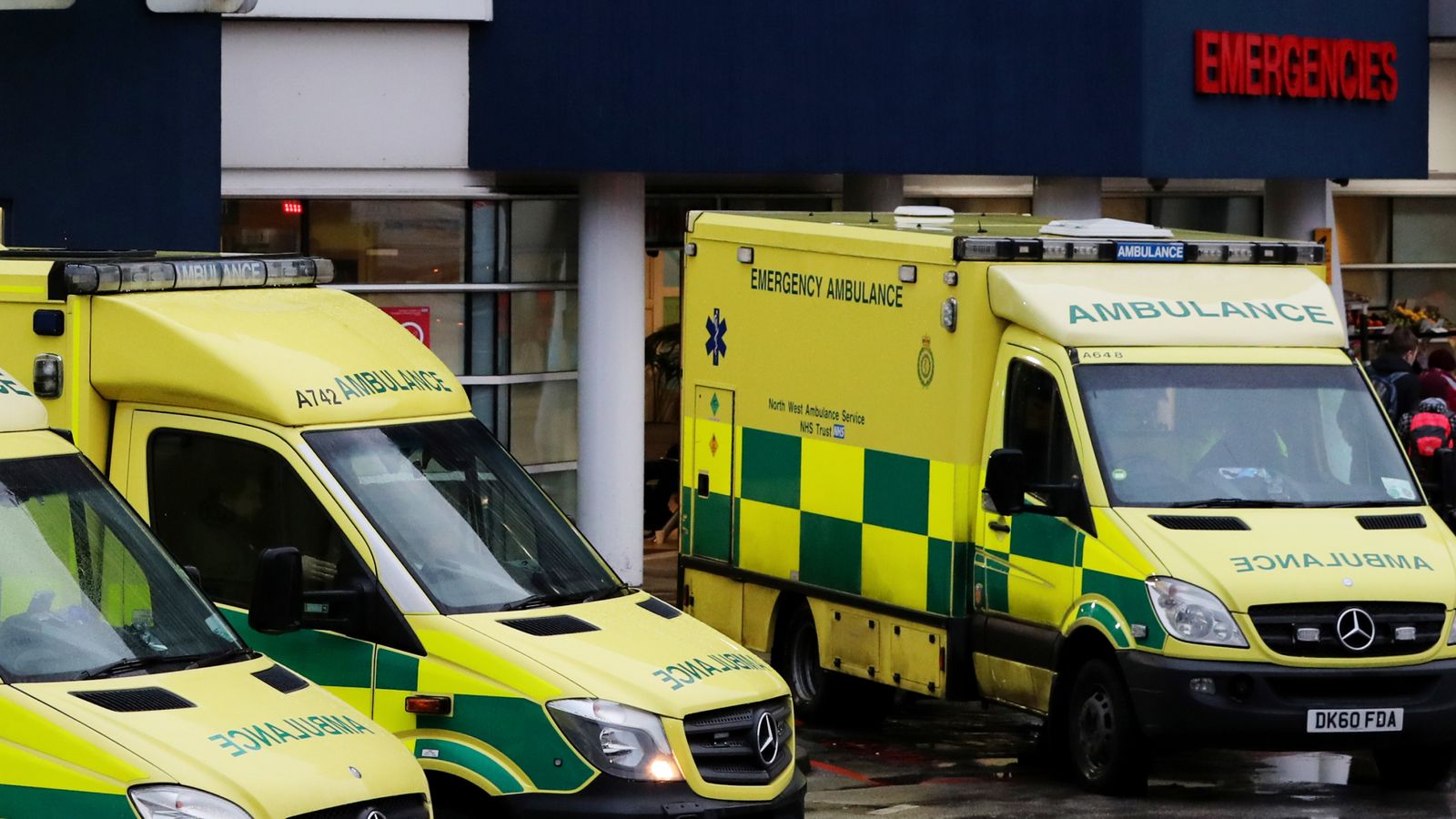 The UK has recorded 191 more coronavirus-related deaths and 38,975 new infections in the latest 24-hour period.

Infection numbers in the last seven days have risen 15.3% on the week before, while the weekly death count is up 26.1%.

A total of 133,674 people have now died with coronavirus in the UK, the official data showed.

Today’s daily government figures compare with 37,489 infections and 209 fatalities within 28 days of a positive test reported on Tuesday, and 35,847 cases and 149 deaths announced this time last week.

Yesterday’s figures were the biggest daily increase in COVID-related deaths in six months, at a time when new infections are expected to rise further with children returning to school.

However, deaths are still lower than in previous waves of the pandemic, with nearly two-thirds of the UK population fully vaccinated.

It was announced on Tuesday that four in five people aged 16 and over in the UK have now received both doses of the jab, with Health Secretary Sajid Javid hailing it as a “phenomenal achievement”.

Mr Javid said today he is “confident” that a booster programme will be rolled out this month, but is awaiting advice on who should be eligible.

Last week, Prime Minister Boris Johnson appeared to confirm that a booster programme will begin this month, saying older and vulnerable people are the priority ahead of the winter months.

Vaccines minister Nadhim Zahawi also told MPs this week that the booster rollout is “ready to go” as soon as the scientific advice for the scheme is signed off.

Meanwhile, health officials are expected to decide soon whether children aged 12 to 15 will be able to get the COVID jab in the coming days.

Mr Javid said he expects news on that “in the next few days”.

He told Sky News: “I want to give them the breathing space, it’s their independent view and that’s exactly what it should be. But I would expect to hear from them in the next few days.”

Asked how he would feel about children of that age group of his own having jabs, he said: “I don’t think it’s appropriate for me to pass a judgment because I’m waiting for an independent view.”

Dancer died of stab wounds in ‘murder-suicide by her boyfriend’, inquest hears