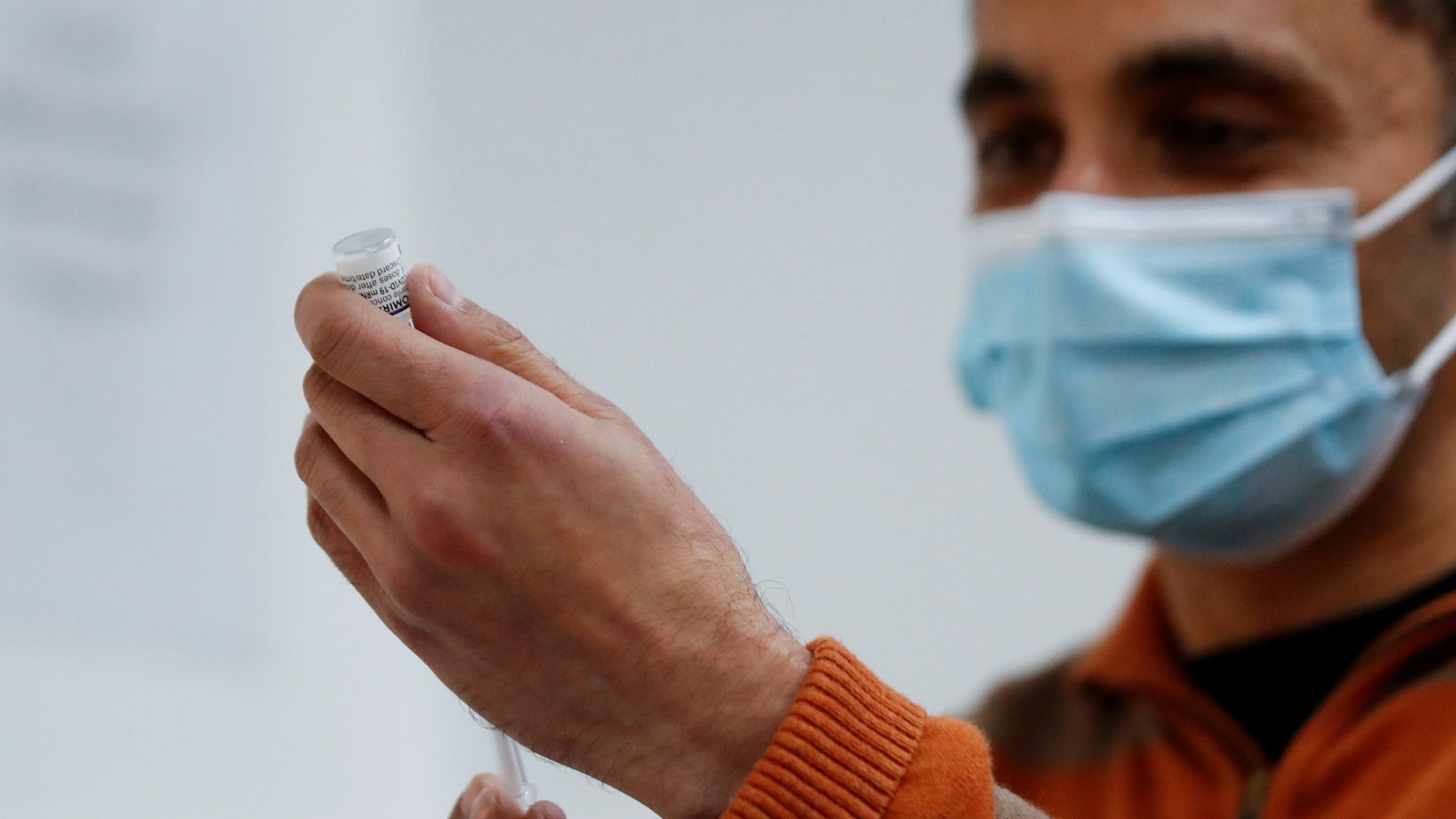 The number of cases is a small drop on Friday’s figures, when 44,242 were recorded.

The total number of COVID deaths in the UK since the start of the pandemic now stands at 143,866.

Separate figures published by the Office for National Statistics show there have been 168,000 deaths registered in the UK where Covid-19 was mentioned on the death certificate.

On Thursday, the UK Health Security Agency (HSA) released data showing a spike in COVID cases among school children in England – with 722.9 cases recorded per 100,000 pupils aged five to nine in the week up to 14 November, up from 484.5.

Cases across people aged 20 to 59 had increased, although the increase was smaller.

Meanwhile, infections had dropped for people aged 60 and above.