Chris Cornell’s widow is facing a possible setback in her court battle against the rocker’s Soundgarden bandmates after a Washington judge failed to find evidence to support her allegations of withheld royalties.

Vicky Cornell, who serves as her husband’s estate representative, filed suit against surviving members Kim Thayil, Matt Cameron, and Ben Shepherd in 2019, accusing them of delaying “hundreds of thousands of dollars” in royalty payments “indisputably owed” to the late star’s family.

She claimed the tactic was an attempt to “strong-arm Chris’ Estate into turning over certain audio recordings created by Chris before he passed away” in May 2017 – but his bandmates insisted the songs were part of a “collaborative effort”, and the rights, therefore, belong to the group.

Vicky also sued Soundgarden’s business manager Rit Venerus for breaching his fiduciary duty to look after her best interests, but those two allegations have fallen flat with U.S. District Judge Michelle Peterson, who recommended the claims be tossed from the rest of the lawsuit.

In her recommendation report, filed last week, Peterson argued there is no evidence to prove the rock trio willfully withheld royalty funds from Vicky, and suggested Venerus’ job wasn’t to serve as her advisor, but simply as a middle man for Chris’ widow and the remaining bandmates, according to Billboard.

Peterson’s findings will now be reviewed by presiding judge Robert S. Lasnik, who will issue a ruling on the matter, but Vicky’s attorney, Marty Singer, plans to “vehemently object” to the report.

“The magistrate’s recommendation has zero impact on the significant claims against Soundgarden and its band members, who have sought to trample on Chris Cornell’s rights by unlawfully asserting ownership over his vocal recordings and by depriving his wife and children of millions of dollars that the band members want to keep for themselves,” Singer said in a statement.

As part of the lawsuit, Vicky is seeking to be declared the rightful owner of her husband’s unreleased audio recordings and his name and likeness and is requesting access to the band’s financial records.

She also filed a separate dispute with the remaining Soundgarden stars in February, asking a judge to step in and order a formal valuation of the band partnership to determine how much Chris’ share is worth. 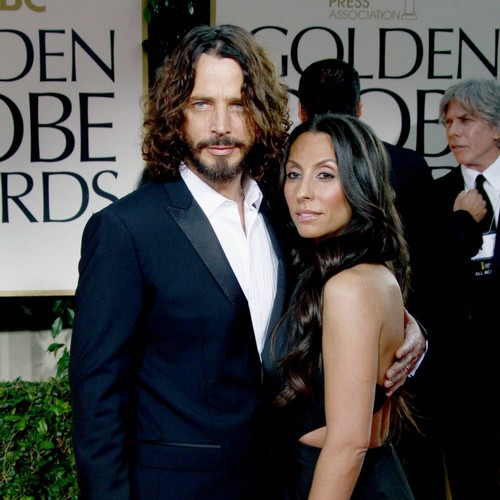