The actor was best known for playing the private secretary Bernard Woolley in the popular 80s sitcom, and he later reprised the role in the sequel series Yes, Prime Minister.

Fowlds also played Oscar Blaketon in long-running ITV police drama Heartbeat during a successful TV career that began when he took on the role of Mr Derek on The Basil Brush Show. 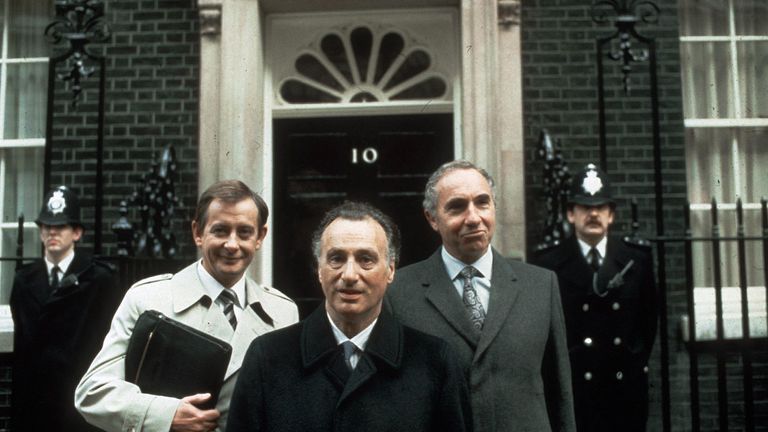 He appeared alongside the iconic puppet fox with his trademark “boom boom!” catchphrase from 1969 to 1973, replacing Rodney Bewes as presenter.

Yes Minister, which also starred Sir Nigel Hawthorne and Paul Eddington, ran from 1980 until 1984, with its follow-up series airing from 1986 to 1988.

Heartbeat ran from 1992 until 2009, and more recently Fowldes appeared in Casualty and Doctors on the BBC.

His family confirmed that he had died at Royal United Hospitals Bath in the early hours of Friday, surrounded by his friends and relatives.

Fowlds, who is survived by sons Jamie and Jeremy, had been suffering from pneumonia, which led to heart failure caused by sepsis.

Helen Bennett, his personal assistant and long-time friend, said: “He was the most beloved man to everybody who ever met him, he never had a bad word to say about anybody and he was so well respected, adored by everyone.” 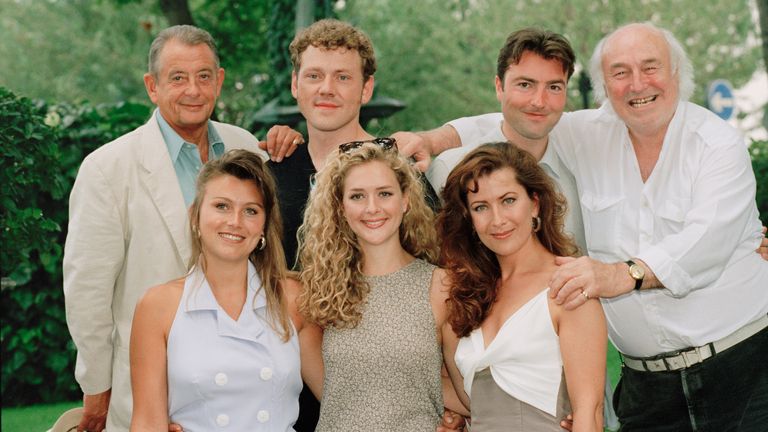 Image: Fowlds (back left) with the cast of Heartbeat

Fowlds also appeared on the West End, making his debut in The Miracle Worker, and starred in several films.

Among his big screen appearances were Tamahine, East Of Sudan and Hotel Paradiso.

He released his autobiography A Part Worth Playing in 2015 – 57 years after he secured first professional acting job at the Prince Of Wales Theatre in Colwyn Bay, during summer break from the Royal Academy Of Dramatic Arts.

Ms Bennett said: “You couldn’t have met a nicer person ever, he was just a wonderful man and I will miss him terribly.”