There isn’t much light at the end of the tunnel when you’re a 13-year-old cricket fan staring down the barrel of nine rounds of chemotherapy and five weeks of daily radiotherapy, with no cricket to play or watch on TV for the foreseeable.

That was Leighton Little’s situation after being diagnosed with testicular cancer on Boxing Day 2019.

But as he started a gruelling schedule of pretty aggressive treatment, the good luck messages started to come in. 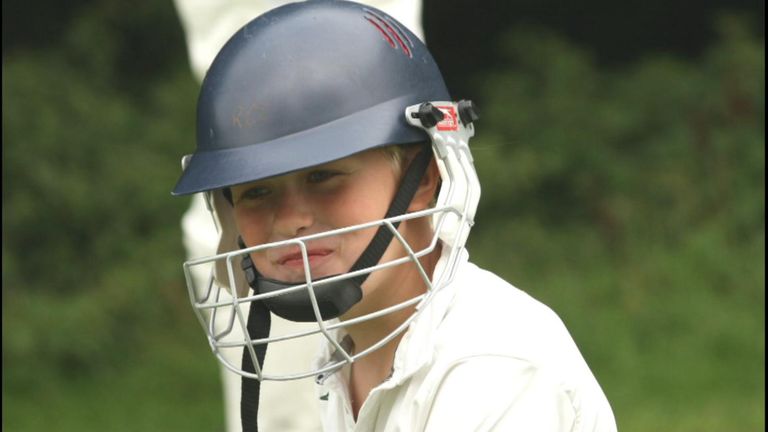 Image: The teenager is a huge cricket fan and plays the sport too

The first was from his local county side Sussex, which includes England’s World Cup hero Jofra Archer: “I want you to be brave and when it’s all done and you come out of the other side of this I will personally give you some memorabilia so that should be some motivation.”

“I know you are a big cricket fan and I know there isn’t much cricket to watch at the minute but hopefully in the next couple of months we can see some cricket back on the telly and something to raise your spirits.

“But just wanted to send you a message that I hope you are feeling a lot better very quickly and very much supporting you and behind you and can’t wait to see you back playing and watching the game we all love.”

No one was more surprised by the support than Leighton: “I was surprised as it started so small and just grew. I was amazed.

“It did take my mind off my treatment actually… it leaves you really tired and I’ve been sick a lot. There’s a lot of sickness involved. It did get my hopes up. 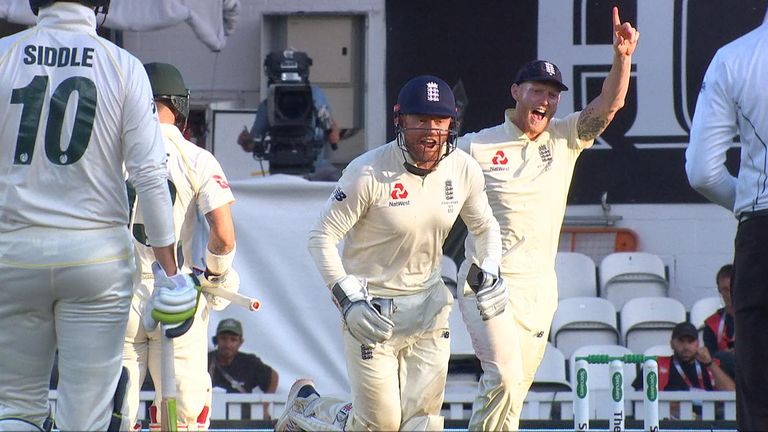 Image: England wicket keeper Jonny Bairstow is one of several players that have sent Leighton their best wishes as he recovers from his illness

The England star said: “I just wanted to wish you all the best. Stay strong and hopefully everything goes well for you.

“I’ve been hearing you’re a wicket keeper and also about your sledges… I’m sure you’ll have a bit of time now to come up with some more sledges and send me a few that I’m able to get out.”

While the county cricketers have gone back to training this week, it will be a while before Leighton can.

“I’ve lost the strength of my knee,” he said.

“I’m hoping I can run around again after this. I’ve started walking without crutches. It’s nearly there, I think.”

Ironically, while the coronavirus has added more peril to his situation, it’s also helped him: “I really don’t want to get it. That would go south very fast.

“It adds an element of danger, but in a way it has helped.

“I’m stuck inside because of this, but so are my friends so I’m not missing out on much.”

What he is missing is a message from his big idol Ben Stokes… so if you’re reading this, Ben…

A former PM branded him a ‘career psychopath’, but who is Dominic Cummings?