YUNGBLUD felt weighed down by expectation

YUNGBLUD felt weighed down by other people’s “expectations” of him.

The 24-year-old rocker has admitted being YUNGBLUD got too much for him at one point because he was too focused on what other people expected of him and were saying about him online.

The ‘cotton candy’ singer – whose real name is Dom Harrison – “preaches” about the importance of being yourself to his fans, but admitted he “forgot to do that myself”.

Speaking to the latest digital issue of HUNGER magazine – of which he is the cover star – the ‘Strawberry Lipstick’ star said: “I’m not going to be the same artist that I am today as I am tomorrow. With success, and whatever the f*** “fame” means, comes expectation. I think it’s really scary to fall into people’s expectations, an artist should never become an expectation because you’re not an expectation, that’s the definition of being an artist. I’m going to do what I want, say what I feel, lead with my heart like I always do and I’m going to love as hard as I f****** can. I’m going to love my fans and hopefully they f****** love me back for whatever journey I want to take them on.”

Speaking about his upcoming single, ‘Fleabag’, he added: “As I was saying, I think the expectation became too much – YUNGBLUD became a real weight for me. I felt like there was a lot of speculation about me online and all I wanted to do was be myself, and I preach this message telling everyone else [to be yourself] but I forgot to do that myself. ‘Fleabag’ is an expression of that. It’s an expression about that, saying; “Don’t be an expectation, be yourself and be beautiful and be proud of it.”

The ‘Mars’ hitmaker also revealed the biggest misconception about him is that he’s a “fake poser punk”.

He said: “I think a lot of people don’t think that I know my s***. But my level of music knowledge is really deep and everything I do is done for a reason. A lot of people still think I’m this fake poser punk. I’m like, ‘Test me on anything, I bet I’ll f****** surprise you.” Yeah, come at me man!” 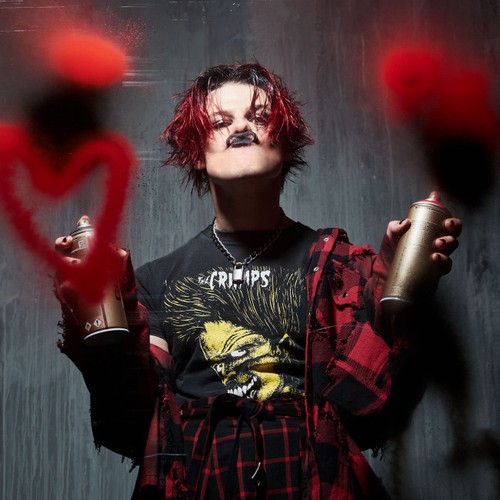