Zayn Malik jumped at the chance to duet with Ingrid Michaelson on her new track To Begin Again, because he felt it was the perfect post-lockdown ballad.

The emotional track, in which the two stars sing about finding hope after a trying time, dropped on Wednesday, and fans are already raving about it online.

Michaelson revealed the tune was recorded without actually meeting or speaking to Zayn, but she knew she wanted his voice on the track and was thrilled when his managers told her he was onboard.

Now Malik has shared he knew the song was the perfect hit as soon as her heard it.

“It speaks volumes to the way that people are feeling and it resonated with me and that’s why I wanted to be a part of it,” the new dad told Radio.com.

“It was better than what I expected… it hit the nail on the head,” he went on, remarking: “Maybe we’ll get a new chance to, you know, start again, begin something fresh, something new.”

Meanwhile, the record hit the right spot for Zayn’s girlfriend, Gigi Hadid, who is a big fan – she posted a sad face, heart and planet earth emoji on Instagram next to the line “this song”. 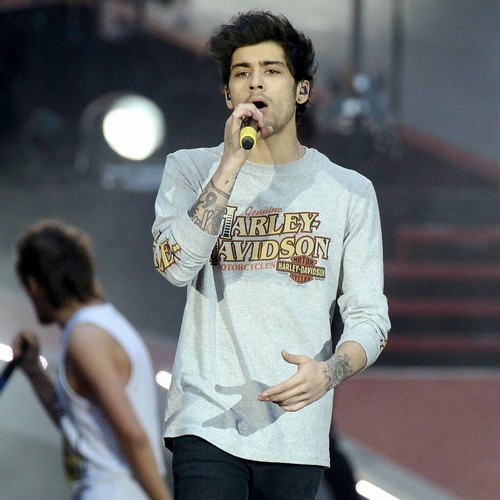